From The Imprint: “A sprawling report released [November 17] by Human Rights Watch and the American Civil Liberties Union describes civil rights issues within the child welfare system as a ‘national family separation crisis’ that needs ‘immediate attention and action.’

The analysis of federal and state data and dozens of interviews with parents draw attention to the harms of child welfare investigations and the disproportionate involvement of Black and Indigenous families in foster care systems across the country. These ‘system interventions,’ the report reads, ‘too often unnecessarily disrupt family integrity and cause harm to the very children they aim to protect.’

. . . Authored by Hina Naveed, Aryeh Neier fellow at Human Rights Watch and the ACLU, the report entitled ‘“If I Wasn’t Poor, I Wouldn’t Be Unfit”: The Family Separation Crisis in the US Child Welfare System’ concludes there are too many children removed from home, parents under investigation who lack due process rights and Black and Indigenous families who bear an unfair burden of the system’s harmful practices.

In interviews with parents, lawyers, advocates and government workers, the report stated that too often, child welfare agencies use circumstances of poverty, such as housing instability and inadequate resources, as evidence of parental unfitness. The court proceedings that result can culminate in lasting impacts, like the termination of parental rights. Further, the authors conclude, parental substance use is too often used as a reason for removal, without clear evidence of a safety risk to the child.

‘System interventions also fail to adequately address the needs of the family, and in some cases exacerbate the problems that they intend to remedy,’ the report reads.” 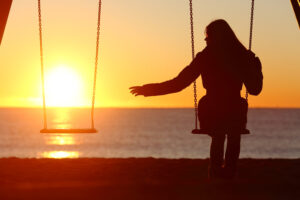