As a kid I had a vivid imagination and a sensitivity toward energies, people and surroundings. I was born in Manizales, Colombia, in the mountainous region of my country. Loving family, privileged childhood.

But then I was terrified of the dark. I couldn’t sleep and had some cute awkwardness interacting with people. I was afraid of ghosts and afraid of ETs landing in my terrace or spirits pulling my feet while I was sleeping. Basically terrified of the unknown. I had no disorder, just a vivid imagination, an energetic sensibility and a high IQ (which I now call a fast, ‘thick’ and labyrinthine mind). I didn’t fit in in school or social circles and was extremely creative and dreamy, like most kids. 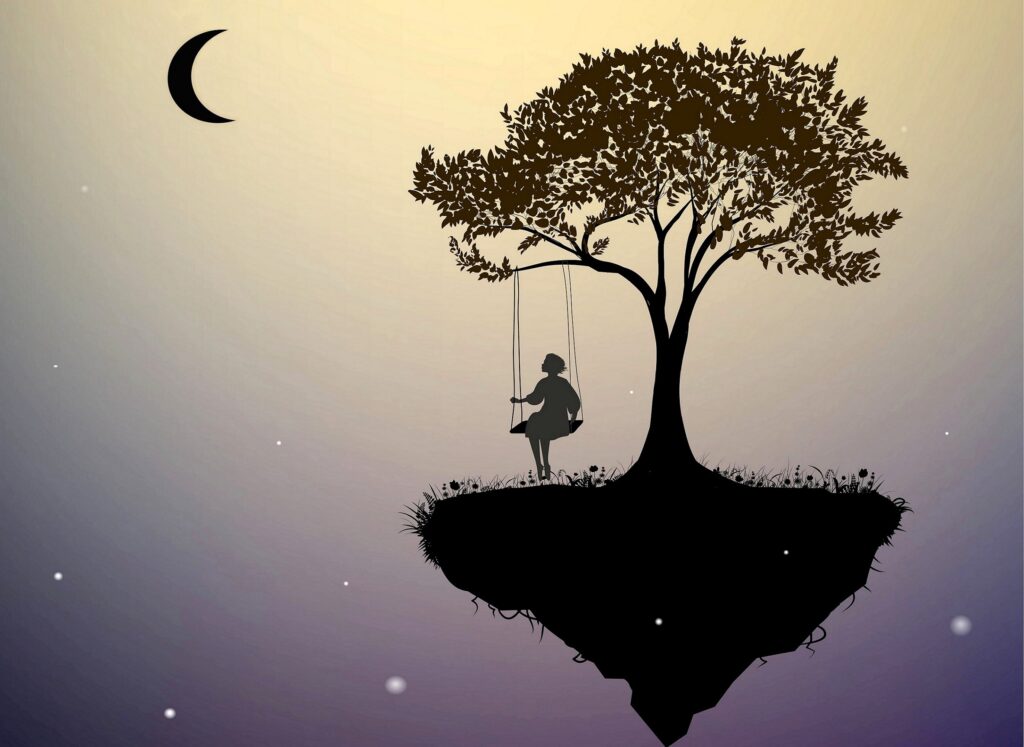 My parents took me to see a psychologist. The psychologist could not treat me and she referred me to a neurologist, and that’s when it all started. They gave me the first pill, Tofranil, an anxiolytic, when I was nine. Then, in my teen years I developed a lot of rage, frustration and social discomfort. I was rebellious and never managed to feel safe or understood in my surroundings. Also, the educational system and the bubbled social circle I grew up in fall into stigmatising whoever is different, or even worse, condemning it.

During puberty I was still struggling with anger and anxiety so I went to see psychologists, psychiatrists and a neurologist. In my teen and early adult life I was balancing life between friends, relationships, academics and partying. I found in alcohol a way to get out of my head and enjoy the present moment, laugh and connect. But I was not aware that I carried generational alcoholism in my blood and how easy it was for me to get swept away by it, even more so when I was medicated. I was diagnosed throughout my life with depression, generalised anxiety disorder, OCD, bipolar disorder, multiple personality disorder and even borderline schizophrenia. While I was seeing professionals, I searched for all kinds of alternative medicine, energetic support and whatnot. It all helped. But while on medication, no alternative medicine can really go within as the self is mediated, confined and hidden.

I ended up taking more than 16 different kinds of pills, for 18 years (Inderal, Risperdal, Abilify, Cymbalta, Lamictal, Lexapro, Quetiapine, Xanax, Clonopin, Luvox, Wellbutrin, Trileptal, Buspar, Prozac, Zoloft). On and off, but it was a constant. I never felt better, I was never connected to myself. I struggled a lot with changing the medication, dealing with side effects, feeling completely lost and alienated from myself and having no safe place to ask for help as the system makes you believe that those who know are those who have studied and bear titles but then it’s one diagnosis after another, fail after fail.

Traditional psychiatry focuses on symptomatic analysis. Their job is to ease the pain, not to heal the root cause or aid in emotional healing but to use quick fixes so you can function in your daily life. You merely survive, never thrive. Patients like me end up smothered and intoxicated with chemicals while the pharmaceutical industry profits from it, and from all the other side effects and collateral damages. You end up buying the pill, the second pill for the other side effect, the therapy that cannot work properly, etc, etc.

Some pills made me sleepy, others made me anxious, or messed with my hormones, sex drive, periods, skin and hair (hair loss), sleep patterns, appetite… It was always a rather unbalanced trade-off. Medication is merely for survival and useful to act as a lifesaver for a very short period of time.

I had an ongoing problem with alcohol and addiction — an issue that was overlooked, as I was a very functional alcoholic and managed to keep the drama inside. I was a social drunk, apparently no different from my friends and family, but then there was something off with it. My body couldn’t handle hangovers, I was becoming a bit problematic, clinging to the booze and deep down I knew there was an issue as the idea of quitting was from the start unimaginable and sobriety felt unattainable for me.

I ended up going to rehab 11 years ago, where I stopped drinking after being in denial for four months and started working on my inner baggage, family dynamics and strengthening a sense of self. I managed to quit drinking, a day at a time, but I was on psychiatric supervision for years after rehab.

After some years I decided to quit all the chemicals, slowly, by myself. I failed, it was too hard on my brain and I underwent a huge period of dark deathly depression, panic attacks and withdrawal symptoms. I went back to medication, desperate and frustrated with the thought that I was ill for life, that I really had a disease and that I could not live and be an emotionally healthy and functional person as my brain was unable to function by itself. It made me work, years after, on the idea of being ‘crazy’.

Well, you know what? I did it! After a while I felt I was on better grounds emotionally and professionally and I decided to stop with the medication, so I made a plan to quit taking pills by lowering the dosage slowly and steadily for more than a year. I went very carefully, while I started to heal with alternative medicine, eastern practices like breathwork, yoga and meditation. I took CBD oil, which in the end helped me to detach completely, as it works on the same brain regions as some pharmaceuticals.

It took me a year and a half to free myself from chemicals for LIFE! And I made my mental health my number one priority. I decided to be disciplined with myself and keep it up even in the darkest moments. It was never easy — I had to learn to live, to walk, to talk, to be myself again. I’m still in the process of regaining my truest self. I went up, down, but never back. I decided to believe that I was not “insane,” that I was a highly sensitive multipotentialite being with a strong mind, a huge heart and a creative personality. The days that I didn’t want to get out of bed were the days I knew I had to. I learned to change the way I talked to myself, I learned to have patience with myself, I learned to just observe and acknowledge my emotions and I always, always asked for help when I felt I needed it. I learned to be OK with feeling uncomfortable at times, I explored all the non-traditional realms and stuck to what worked for me. And that’s probably the only advice I’d give to someone out there: never stop exploring alternatives and never give up on yourself.

I am a designer with master’s degrees in marketing, humanities and business management. I am a kundalini yoga teacher as well, and a meditator and mentor. I am an entrepreneur and work as an advisor across different areas. I am alive and well and thriving. I am not bipolar, anxious, depressed, obsessive or any of those insulting and made-up labels; on the contrary, I managed to find my light, my love, to embrace my shadow and darkness, to allow myself to feel it all, to heal the trauma and generational memory and accept myself as a rather different, eclectic yet gifted person.

What is the most difficult part, I’ve been asked. Number one, being honest with yourself, or at least having the will to be so. Number two, being humble enough to accept help and know that if “your way” hasn’t worked, then you must go out there and try stuff. Humble enough to open up, to receive, to learn again. And last but not least, believing in yourself. You are trained to trust a system, to trust a professional, to trust an experienced person… But I was always following my intuitive self telling me that there was a way out of the madness and the labels.

I am blessed and infinitely grateful for my family for believing in me and giving me hundreds of second chances. For seeing the light in me amidst the darkness and for walking with me the path of self-mastery. And I am grateful for all the other angels I found along the way that helped and supported me.

I have been free from chemicals since 2016, and free from alcohol since 2011. Never felt better, happier, more empowered and whole! There is a way when there’s a will. It’s not going to be easy, but it will surely be worth it. You are worth it, life is worth it. Knowing yourself — in light and in shadow — is the most precious gift of life, so you can rise as the creative, gifted individual that you probably are.

I found a guide/master, I’ve done hundreds of different therapies and now I manage to empower others with my message, talks and guidance. I have an initiative to share mental health and well-being with businesses and other creative endeavours.

So… If you are reading this, know that there is always a way and you are not mad! You are probably disconnected from yourself, and thus from others and from planet earth.

The Challenges of Parenting a Profoundly Gifted Child