Stigma from health care providers towards their patients significantly decreases patients’ ability to obtain and participate in necessary resources. This is both from being denied access by providers and discouraged by such interactions from seeking future resources.

In a recent empirical study, Sally Wasmuth at Indiana University tested a personal narrative-based, interpersonal intervention (IDEAS) and found it decreased stigma amongst occupational therapists. Along with her coauthors, she writes:

“… provider biases produce health disparities by influencing providers’ judgment and decisions about care while also impacting communication and trust with patients, which, in turn, affects patient engagement and adherence to treatment plans. Provider stigma plays an especially critical role in health outcomes for people with mental health conditions—whether stigma is directed toward mental health diagnoses or other aspects of a person’s identity, it contributes to the onset and/or exacerbation of mental health distress and can influence care decisions such as diagnosis and treatment plans.”

“For example . . . studies have found providers overdiagnose Black men with psychotic disorders compared to White patients and that ‘middle-class white women are far more likely than working-class Black men to get a call back when requesting an appointment.’” 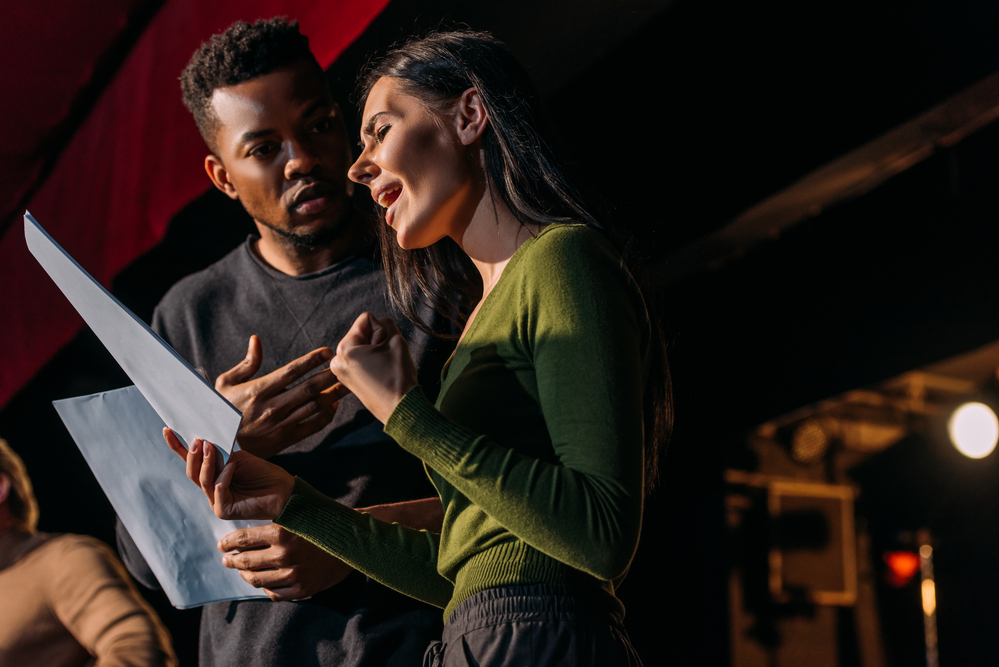 The authors state that “the need for alleviating harmful impacts of provider biases cannot be overstated.” The researchers build on extensive research findings indicating strong connections between provider biases, discriminatory behavior, lower healthcare outcomes, and a summary of previous stigma and bias reduction intervention research. Past research has found that education alone is less effective at reducing stigma than personal connection with stigmatized people, including racialized people,  sexual minorities, and those with substance use histories.

In this study, Wasmuth, Pritchard, and Belkiewitz set out to test the impact of real narratives on stigma in healthcare providers.

“Identity Development Evolution and Sharing (IDEAS) is a narrative theatre-based intervention that targets societal stigma and provider bias to support the well-being of people who have been harmed by systemic problems such as anti-Black racism, transphobia, and the marginalization and mistreatment of people with substance use disorders.”

IDEAS includes conducting narrative interviews with members of marginalized and stigmatized populations, which are then translated into a theatrical script and production depicting the lived experiences of people from the populations mentioned above.

An audience of healthcare providers is shown the production and participates in a live panel discussion featuring members of the stigmatized population. As part of this process, the audience’s stigma is measured at baseline and after seeing the production and panel using the Acceptance and Action Questionnaire–Stigma (AAQ-S). The AAQ-S is a subjective self-report measure of the general stigma that includes two subscales: Psychological Inflexibility and Psychological Flexibility. Higher scores indicate more stigma.

The intervention is an example of more interpersonal and meaningful interventions supported by previous research over more didactic, cognitive, or intellectual processes, often involving cognitively confronting one’s biases or attempting to exert cognitive control over one’s reactions. It is intended to share people’s real stories rather than to persuade and may produce strong reactions of many types.

The authors denote ethnoracial information using only the categories “Asian,” “Black or African American,” “White,” and “Other.” Since this excludes several distinct cultural and racialized groups, it is difficult to comment on the makeup of their sample other than that it was predominantly white (90%). Similarly, exclusionary categories were denoted for gender (“Cisgender male,” “Cisgender female,” and “Other”), and the sample included people with Associate’s, Bachelor’s, Master’s, and Doctorate degrees.

One of the main limitations of this study involves the potential for social desirability biases, that is, when one is tempted to respond in a way that seems more desirable to others or that makes one seem more moral or likable. The AAQ-S may be more susceptible to social desirability biases than when it was first validated in a climate where cultural responsiveness and anti-discriminatory behavior are seen as increasingly desirable. Moreover, its use after seeing stories about the impact of stigma may also increase this effect.

The replicability of these results is unclear, given the small and specific sample. Lastly, there may be other important factors impacted by this intervention that were not measured here. Further research could examine the impact of IDEAS on provider communication, an internal motivation to treat stigmatized populations, implicit biases, or even patient outcomes to verify the relevance of the intervention to patients’ lived experiences. The authors acknowledge that although it reduced self-reported stigma, “it remains unknown whether changes measured by the AAQ-S translate to better patient care.”

While this study is a significant contribution, demonstrating that more creative and personal interventions can significantly impact provider stigma, the field would benefit from a more detailed and extensive exploration of similar interventions. IDEAS is undoubtedly not the only performance-based, interpersonal, or experiential intervention for stigma, bias, or other factors that lead to discriminatory behavior. Studying these interventions in other specific provider populations, broader provider populations, and larger, more ethnically and racially diverse samples would provide important information about their applicability to the real world.

Nonetheless, it is striking that stigma was so present and that IDEAS decreased stigma amongst occupational therapists. This field is known for addressing situational challenges impacting patients’ physical and mental health ailments and sometimes acknowledging discrimination from others as one of those challenges. It provides possibilities for addressing provider stigma beyond the limited impact of impersonal didactics.