This week on MIA Radio, we interview Wendy Dolin founder of the MISSD foundation. MISSD stands for Medication-Induced Suicide Prevention and Education Foundation in Memory of Stewart Dolin.

In 2010, Wendy’s husband Stewart Dolin was prescribed Paxil (paroxetine), a selective serotonin reuptake inhibitor (“SSRI”) for mild situational anxiety. Within days, Stewart’s anxiety became worse. He felt restless and had trouble sleeping. On July 15, 2010, just six days after beginning the medication, following a regular lunch with a business associate, Stewart left his office and walked to a nearby train station, despite not being a regular commuter. A registered nurse who was also on the platform later reported seeing Stewart pacing back and forth and looking very agitated. As a train approached, Stewart ended his life.

Founded in 2011, MISSD is a unique non-profit organization dedicated to honoring the memory of Stewart and others by raising awareness and educating the public about the dangers of akathisia. MISSD aims to ensure that people suffering from akathisia’s symptoms are accurately diagnosed so that needless deaths are prevented. 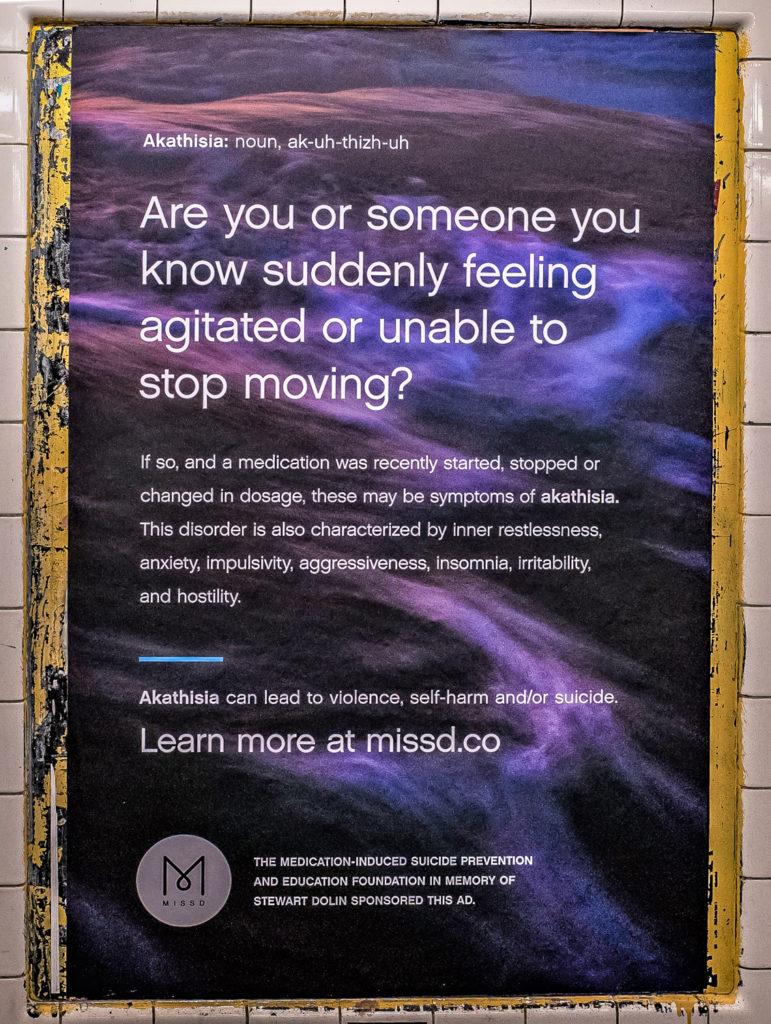 NYC Subway Ads Take Akathisia Out of the Darkness

Wendy Dolin Takes on GlaxoSmithKline And Wins — For Now at Least

No More Tears: In Memory of Kathleen Fliller

Akathisia: Very Nearly the Death of Me