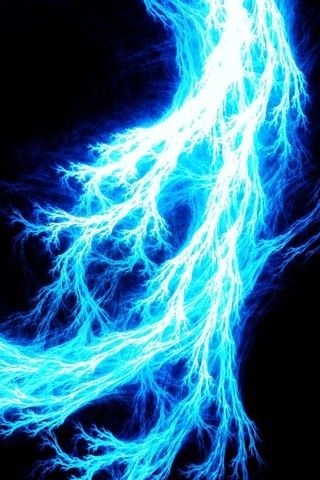 I Chaired the University of Washington’s Lesbian, Gay, Bisexual and Transgender student organization at 18 years old. I watched helplessly as friends faltered by an un-named plague.  I learned advocacy and coalition building through participation with Queer Nation and ACT UP (SILENCE = DEATH) in Seattle and the State of California.  A few years later, work with the California State Legislature during the late 80s, through the early 90s, with Assembly Member Sam Farr (28th AD, D-Carmel, CA) whose eventual ascendency into the vacated Congressman Leon Panetta’s 17th CD seat (Monterey/Santa Cruz, CA) introduced me to Dianna Feinstein, Barbara Boxer, Nancy Pelosi and Bill & Hill Clinton.

Leon was appointed to Bill’s cabinet as Chief of Staff nearly immediately after President Bill Clinton’s election and Sam did actually win the 17th CD in over-time in that special redistricting.  While working with the California State Legislature, I represented Assembly Member Sam Farr on the Monterey County AIDS Project where I learned about HIV/AIDS and advocated for Gay, Lesbian, Bisexual and Transgender communities in the U.S.

The National Coalition for Lesbian, Gay, Bisexual and Transgender Health Announced a State of the Coalition Call for the scheduled and promoted “Come Out for Health – March 26-30” with further information available at http://lgbthealth.webolutionary.com/content/national-lgbt-health-awareness-week. Learn how the Coalition and its members across the country are advancing the four core principles of consumer empowerment, culturally-competent services, engaged communities and inclusive policy making.  The Coalition staff will provide an overview of a congressional briefing scheduled in Washington, DC, and highlight resources available to support efforts across the country.

Other useful sites are:

In 2008 I had published the findings of my graduate work while at the University of Texas at Austin[9]. It is seminal in my public health work and I learned that Austin State Hospital has perhaps the finest Inpatient program of supports that I have seen to date.  The education pilot program I developed was developed for the Department of Texas State Health Services Austin State Hospital Education and Rehabilitation Adult Psychiatric Services  acute and forensic inpatient units.  Individuals living with seriously persistent mentally illness are being hard hit with comorbidities and certainly, HIV isn’t a stranger to us.  Homelessness, polychemical and substance abuse, high and at-risk behaviors make us prime targets placing us as a dangerously disparaged population.  That public mental health recipients are dying on average 25 years earlier than the general population places an emphasis on wellness and whole health.

When AIDS first surfaced in the United States, there were no medicines to combat the underlying immune deficiency and few treatments existed for the opportunistic diseases that resulted. Researchers, however, have developed drugs to fight both HIV infection and its associated infections and particular types of cancers. The first group of drugs used to treat HIV infection, called nucleoside reverse transcriptase (RT) inhibitors, interrupts an early stage of the virus making copies of itself. These drugs may slow the spread of HIV in the body and delay the start of opportunistic infections. This class of drugs, called nucleoside analogs, include: AZT (Azidothymidine), ddC (zalcitabine), ddI (dideoxyinosine), d4T (stavudine), 3TC (lamivudine), Abacavir (ziagen), Tenofovir (viread), Emtriva (emtricitabine). Health care providers can prescribe non-nucleoside reverse transcriptase inhibitors (NNRTIs), such as: Delavridine (Rescriptor), Nevirapine (Viramune), and Efravirenz (Sustiva) (in combination with other antiretroviral drugs). FDA also has approved a second class of drugs for treating HIV infection. These drugs, called protease inhibitors, interrupt the virus from making copies of itself at a later step in its life cycle. They include: Ritonavir (Norvir), Saquinivir (Invirase), Indinavir (Crixivan), Amprenivir (Agenerase), Nelfinavir (Viracept), Lopinavir (Kaletra), Atazanavir (Reyataz), and Fosamprenavir (Lexiva). 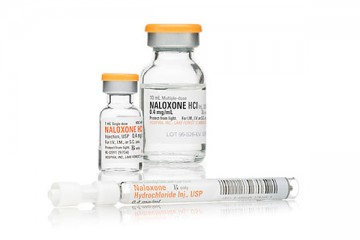 The FDA also has introduced a third new class of drugs, known at fusion inhibitors, to treat HIV infection. Fuzeon (enfuvirtide or T-20), the first approved fusion inhibitor, works by interfering with HIV-1’s ability to enter into cells by blocking the merging of the virus with the cell membranes.

This inhibition blocks HIV’s ability to enter and infect the human immune cells. Fuzeon is designed for use in combination with other anti-HIV treatment. It reduces the level of HIV infection in the blood and may be active against HIV that has become resistant to current antiviral treatment schedules. Because HIV can become resistant to any of these drugs, health care providers must use a combination treatment to effectively suppress the virus. When multiple drugs (three or more) are used in combination, it is referred to as highly active antiretroviral therapy, or HAART, and can be used by people who are newly infected with HIV as well as people with AIDS. Researchers have credited HAART as being a major factor in significantly reducing the number of deaths from AIDS in this country.

While HAART is not a cure for AIDS, it has greatly improved the health of many people with AIDS and it reduces the amount of virus circulating in the blood to nearly undetectable levels. Researchers, however, have shown that HIV remains present in hiding places, such as the lymph nodes, brain, testes, and retina of the eye, even in people who have been treated.

In 2008[9], HIV/AIDS among the seriously persistent mentally ill population exceeded the popular and commonly held belief that man to man contact leads the population most effected by HIV transmission by 10% to .02% .  HIV was the leading type of and rate of transmission and infection placing an emphasis on high risk behavior management, education and testing as key in reducing the epidemic in psychiatric facility inpatient/outpatient populations (Padron, Psychiatric Quarterly Journal, 2008; Rothbard, Psychiatric Services 54(9):1240–1246, 2003). The Information-Motivation-Behavioral Skills Model (IMB), I referenced and utlized in my study, is an integrative framework to explain HIV risk reduction most often used and tested with the seriously, mentally ill population (Carey et al. Journal of Consulting and Clinical Psychology 72(2), 2004; Donenberg AIDS Education and Prevention 17(3):200–216, 2005; Meade and Sikkema Clinical Psychology Review 25(4):433–457, 2005; Rosenberg et al. Comprehensive Psychiatry 42(4):263–271, 2001). 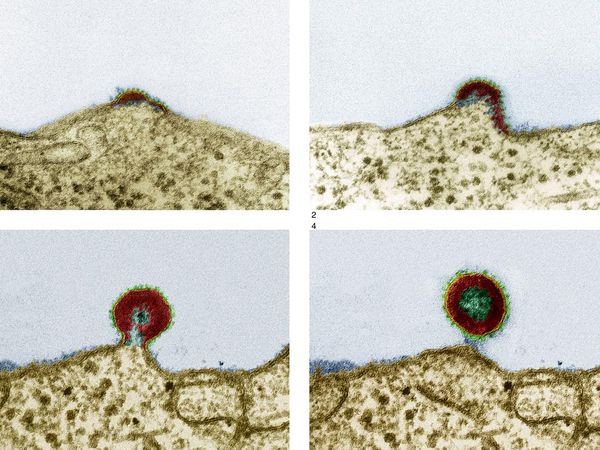 To determine the strength of correlation between psychiatric symptomology and HIV/AIDS knowledge (Pearson r), McKinnon, et al. developed a prediction model using multiple logistic regression analysis, requiring dichotomous categorical  variables. Variables (patient’s age, number of hospitalizations, GAF score, PANSS score, total level of HIV/AIDS knowledge) were dichotomized above and below the median level. The level of education was determined to be before and above high school graduation. Similarly, ethnicity was focused singularly between Caucasian and African American because at one site, HIV infection rates were found higher than average among African American patient populations. PANSS scores were divided among the cognitive abilities (conceptual disorganization, difficulty with abstract thinking, disorientation, poor attention, mannerisms/posturing); score ranges of 5–35, and psychiatric symptomological positive, negative, excited, or depressed/anxious behavioral attributes. Variables significant by chi-square test at P\.05 were tested for IVDU concurrently and five types of sexual behavior within the previous 6 months to study participation.

Males (64%) comprised the sample and the most prevalent SCID diagnosis was schizophrenia (49.4%), bipolar (11.8%), major depression (7.3%), and other Axis I disorders (2.3%). These numbers were asymptomatic upon examination. Ninety-two (51.7%) of 178 patients reported being sexually active in the previous 6 months. Of the sexually active patients, 44 or 47.8% of 92 had multiple sexual partners, 32 (35.2%) of 91 used drugs during sex, 27 (29.7%) of 91 traded sex for good or drugs, and 50 (58.1%) of 86 never practiced sex using sexual barriers (male/female condoms, dams) and 31 (17.5%) of 177 patients reported MSM/MSF and concurrent IVDU abuse. Comorbidity of schizophrenia and viral illnesses yield typically greater levels of coinfection of HIV and HCV[3]. Dinwiddie et al. [4] found that in a study of 1,556 psychiatric inpatients, 8.5% were positive for HCV, and a Rosenberg et al. [9] study on the prevalence of HIV, HBV, HCV in people with chronic, episodic SMI a higher prevalence of 19.6% of 931 patients reported. There are, to date, no data on HCV prevalence rates associated with any specific psychiatric DSM-IV, Axis I., Axis II diagnoses [3]. Effective means of clinically, medically necessary treatment of SPMI, HCV and HIV antiretrovirals for HIV lends credence to positive, proactive treatment methods to assist the SPMI population.

There is not mandatory screening of incoming psychiatric inpatient individuals. High risk factors—unprotected sexual contact without condoms and IVDU (shared needles, dirty needles)—associated with HIV transmission are the same with schizophrenia as in the general population [9]. The higher prevalence of HIV and the seriously persistent mentally ill population may be attributed to increased high-risk exposure via substance abuse factors, and cognitive, excited, or positive symptoms with high-risk behaviors ‘‘common among patients who are sexually active.’’

The cognitive and social determinants for health include information, or knowledge about transmission and prevention behavior and motivation to reduce risk, or personal attitudes about preventive behavior, perceived normative support for HIV prevention, and behavioral intentions. The behavioral component included developing skills to practice prevention, including perceived self-efficacy and the ability to negotiate AIDS prevention with a partner [5].

A 1996 study from the Columbia University College of Physicians and Surgeons, the New York State Psychiatric Institute, supported by a National Institute of Mental Health grant MH46251 and the New York State Office of Mental Health, with additional provided technical assistance from the Center for Mental Health Services, Substance Abuse and Mental Health Services Administration (SAMHSA) was completed on the prevalence of HIV/AIDS in the SMI population for inpatient psychiatric populations that examined the relationships between diagnosed psychiatric symptomology, HIV and AIDS knowledge and high-risk HIV behavior [7].

It was determined that the seroprevalence rate of HIV transmission in the seriously persistent mentally ill population of 10% compared to the general and man to man population of .02% exceeds the accepted opinion that man to man HIV transmission is the highest mode of transmission currently, and that further programming and education is recommended. AIDS knowledge appears to be relatively good among psychiatric patients yet knowledge alone has not been shown to influence risk behavior levels [6]. A more effective approach to reducing high risk behaviors is to include HIV risk education and skills training in sexual assertiveness, negotiation, problem solving, use of condoms, safe sex education and risk self-management. Risk self-management includes identify and learning to monitor personal risk triggers and developing an understanding of situations when risk behaviors are most likely to occur [6].

A question to be begged in the CSX population is to essentially discover information and develop education, promotion and a hall-mark marketing effort to effect whole health and wellness in  the high/at-risk behavior of the seriously peristent mentally ill population.

What I Learned From Producing Wellness Solutions 1.0