I was taught in medical school that poverty is the cause of our difficulties in providing medical care. I was taught to blame the patient for being poor and unemployed.

Since they were poor, they had no voices.

“They don’t know any better,” I was told.

I trained to be a physician at New Orleans Charity Hospital from 1979 through 1985.

“Why didn’t she come in before her foot was gangrenous?” I asked. We had to do an emergency amputation of a woman’s foot.

We shook our heads and clucked our tongues behind blue paper masks as her foot thumped into the stainless steel bucket. We all knew she wouldn’t take care of her diabetes. She’d be back for us to take off the leg. We knew there was nothing we could do about it. She wouldn’t come back till she was desperate again.

But there was no care for her except emergency care, no options for her to get across town to crowded student-staffed medical clinics.

“Emergency” care meant waiting in a packed concrete room for hours and days to be triaged into care by students.

I didn’t feel too bad about being a doctor for these people, even though I was only a student.

“If it were not me, they’d have no doctor at all,” I thought.

As a student in a rural satellite hospital, I delivered pre-term and stillborn babies from women who had no prenatal care. On the wards at the “Big Charity”, I stayed up at night hanging IV bags so they wouldn’t run dry. I came in early to be sure my patient in heart failure got her diuretic tablet. I hoarded syringes so I would have them to draw blood from my patients.

And the nurses cared. There simply weren’t enough of them to do the work.

Crowded outpatient medical clinics were venues for students to write prescriptions. Treatment was pills. There was nothing else to offer.

I cared a lot.

But there was nothing else I could do but show up each day and shovel the ocean with my prescription-pad teaspoon. There was barely time to use the bathroom.

When I moved to Oregon in 1985, I felt like I had moved to heaven. People had access to medical care. The state still funded medical education. There was a two-tiered system between the private and the publicly funded, but there was care.

“Managed care” corporations moved into Oregon during the early nineties with promises of cost efficiencies. Drugs were promoted as the accessible alternative to other treatments.

As a physician, I was told to “get on the wagon or be left behind.” I worried aloud to deaf ears. People had kids and payments. They feared being left behind.

I stayed off the managed care wagon.

I was left behind.

Private practice medical care was replaced by fast prescription writing performed by employees of managed care corporations. Even the non-profits have been forced to adopt this “treatment model”.

Through good and bad times, there was a steady stream of budget cuts for all medical care and education. Hospitals closed. Clinics shut down. Medical education dollars evaporated. Non-pharmaceutical care options vanished as “cost efficiencies” were ruthlessly pursued.

Generous pharmaceutical companies helped by funding medical research and doctor training. They provided supplies of pill “samples” to be used to treat poor people while they awaited access to disability insurance treatment dollars.

When I left Oregon last year, the standard of care for most had been lowered to 1980’s Charity hospital. Even private insurance venues are staffed by trainees wielding prescription pads. Medical students and nursing students come cheap.

Over twenty-five years, through good economic times and bad, the pool of “have-nots” became an ocean in Oregon. Non-drug treatments were removed.

There’s not much left but high-profit pills and emergency rooms.

In 2004 I went to work in a crisis clinic for high-need, low-resource people. My mandate was to write prescriptions to keep people out of expensive hospitals and bridge patients to other care providers.

But there is no one else.

“Why did he wait till it got so bad?”

“The homeless. The poor. They don’t know any better.”

Last year I came to Santa Cruz county in the financially struggling State of California.

There is a new “initiative” right now to move health care dollars into “prevention” as a “cost-savings” maneuver. These are lovely words. But this could cut out care for those that are already ill. This could cut out payment for non-pill treatments.

Because we are in a tough economy, it’s an easier sale to make.

With the DSM V, the psychiatric pharmaceutical companies are expanding their market from people who are sick, and have less insurance money to grab, into the arena of the healthy who still have insurance dollars.

The same thing is happening in all areas of medicine. We are supposed to call this “preventative care”.

The practice of medicine in our country is being swallowed whole by a snake. The snake started with the poor, the black, the brown; the already disenfranchised of the deep south and inner cities many years ago. It was an easy sell to the better-off taxpayers. Who wants to give up money to take care of poor people?

Medical corporations now ride the wave of financial distress to expand into mainstream suburban populations who have been protected in the past by their cushions of monetary success.

As people lose jobs with insurance benefits and access to health care, we’re still being told it’s their own fault for being so unemployed, under-employed and poor.

Thanks for reading me. 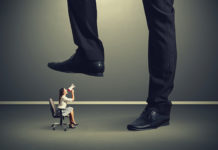