Three years ago I was invited at the last minute to a national conference that being held here in KC. I went to the conference because it sounded good. This was despite the fact it was already a busy weekend,  in between floating on a hot tub lid down the Missouri River and meeting a dude who was swimming 1000 miles down the Missouri river that year. Which is basically preamble to say, yes, I have a life. Which is more than is expected for a lot of mental health patients. So this is a blog post about an organization we need to wake up. So other people can get their lives back. Plus, just something fun in my life to make me human because sometimes mental health advocates get too single minded.

So, at this national conference, Partnership with Patients, I met a bunch of “e-patient advocates,” which are civil rights fighters in all the other “medical” areas. Most of them haven’t heard of the recovery movement and most of the recovery movement hasn’t heard of them. But basically every single “illness” category has the same problems our community has. Issues with with key opinion leaders, evidence-base, bogus research, and “treatment” vs. prevention.  And all areas have advocates who have become, like us, impoverished whistleblowers and crusaders to improve the situation. Those advocates all have lives, too, you know, “sonder,” the realization that everyone has a story.

I know the word “patient” has a lot of baggage in our community because the disease model is one of our biggest barriers to mental health solutions. But in their communities, “patient” doesn’t have quite the baggage, so take it with a grain of salt here.

One thing I learned at that conference was that there are many “patient” advocacy opportunities. One of them is PCORI, the “Patient” Centered Outcomes Research Institute. This is theoretically an organization that funds research that people with lived experience ask for. However, the problem is that they aren’t really talking to our community and we aren’t talking to them. So they did this big splashy launch about “mental health as a major focus,” and they said what they had figured out that mental health needed was. No joke, they said,

“Among the high-priority topics are autism, suicide, and integration of mental and behavioral health services into primary care for both the general population and for people at risk for disparities in health care and outcomes.”

So here’s how to connect with them to tell them what we actually DO need. This might be an advocacy target worth our while because sharing our stories, your story, is one of our most powerful advocacy tools. Plus they have a ton of money to hand out, over $800 million so far, and they are theoretically paying attention to what advocates say.

And tell me about your life, too. I’m still doing brain injury recovery stuff and sometimes I miss seeing people out and about. I miss these type of conferences I used to attend. I miess interacting online about some of my ideas in progress. Hi, it’s good to post again. Sooner or later I’ll be back after it, with a nice long story of brain injury recovery. And maybe the business revolution to knock some socks off the providers.  #TBIsux #DiseaseModelSux #ExpectRecovery #PCORIneedsRealTalk 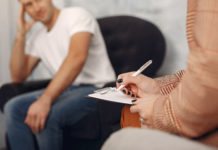 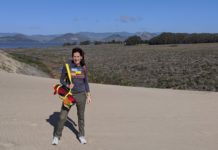