“When people with early-stage symptoms took omega-3 supplements for three months, they had much lower rates of progression than those who did not,” according to research out of Australia covered in this month’s issue of the New Scientist.

Omega-3 fatty acids are an essential component of brain tissue and are necessary for brain development and function.  It has been hypothesized that deficiencies in cell membrane fatty acids may be present in people diagnosed with schizophrenia.  As a result, several studies have attempted to assess the effects of polyunsaturated fatty acids on people with schizophrenia.

In studies comparing the effects of different types of omega- 3 fatty acids against placebo, in people currently taking antipsychotic medications, the results have been mixed.  But a small number of studies testing omega-3 fatty acids as a first line treatment for emerging schizophrenia have shown more promise.

Seven years ago a group of researchers from the University of Melbourne in Australia set out to study whether young people, aged 13-25, experiencing early symptoms associated with schizophrenia, would benefit from a three-month course of omega-3 fish oil pills.  Those in the group of 41 young people who had been given the fish oil treatment were less likely to have developed schizophrenia than those given a placebo.  This month the researchers have published the results of their follow-up study in Nature Communications.

In a randomized, double-blind, placebo-controlled trial, Paul Amminger and his team assessed the effects of the short three-month omega-3 intervention on the initial subjects about 6 and half years later.  For those is the group receiving the placebo the rate of transition to psychosis was 40%, which is consistent with other studies.  Of those given the three-month omega-3 intervention, however, the majority “did not show severe functional impairment, were employed full-time, and no longer experienced attenuated psychotic symptoms at follow-up.”

Amminger et al., conclude that the brief omega-3 treatment had “reduced both the risk of progression to psychotic disorder and psychiatric morbidity in general.” They also suggest that omega-3 fatty acids “may offer a viable longer-term prevention strategy with minimal associated risk in young people at ultrahigh risk of psychosis.”

The prospect of a more tolerable alternative to antipsychotics for those exhibiting early symptoms of psychosis is promising. While more studies need to be done, Amminger told the New Scientist that “the best approach for those at risk of developing schizophrenia would probably be to combine fish oil supplements with talking therapies.” 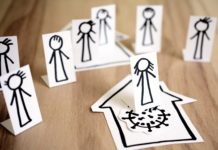