On Wednesday, JAMA Psychiatry released a meta-analysis comparing the results of cognitive-behavioral therapy and antidepressant medication in severely depressed populations.  Currently, many practice guidelines suggest that antidepressants be used over psychotherapy for major depressive disorder. The analysis, however, found that “patients with more severe depression were no more likely to require medications to improve than patients with less severe depression.”

In their guidelines for the treatment of depression, both the American Psychiatric Association (APA) and the British Association for Psychopharmacology suggest that while “psychotherapy is sufficient for treating mild depression, antidepressant medications (ADMs) should be used to treat severe depression in the context of major depressive disorder.”  These guidelines are based largely on the results of a randomized control trial conducted by the NIMH.  However, this latest meta-analysis reveals that the difference in treatment outcomes observed in the NIMH trials “were not observed in several other randomized clinical trials (RCTs) of acute-phase treatment.”

While previous meta-analyses have attempted to compare ADMs and CBT for depression, the latest study is unique in that the researchers were able to obtain patient-level data, giving the study “more power to examine accurately moderators of treatment outcomes.”  The researchers reviewed 16 studies that provided individual patient-level data and eight that did not.  All told, the sample included data on 1,700 participants.

The researchers conclude that “the data are insufficient to recommend ADM over CBT in outpatients based on baseline severity alone.” They also suggest that CBT may be used an effective first-line treatment for severely depressed patients. 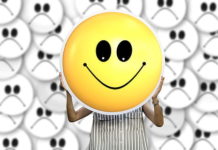