To coincide with World Mental Health Day on October 10th, 2015, Verso Books, the world’s largest independent and radical publishing house, released a series of blogs on mental health and critical and antipsychiatry.  The posts include pieces on R.D. Laing, colonialism, women’s oppression, delusions and art, “The Happiness Industry,” and social and institutional oppression.

Legacies of ‘Anti-Psychiatry’ and R.D. Laing: By Benjamin Noys

“In Lang’s view, we treat people who experience themselves as robots, machinery, or animals as crazy, but we don’t find anything crazy in theories that treat people as robots or animals.”

Noys compares the work of Franco Basaglia, the Italian radical psychiatrist and “the man who closed the asylums,” with R.D. Laing, the Scottish psychiatrist and philosopher who subverted notions of biological causality and advanced the conception that psychosis arises as a result of a “fundamental ontological insecurity—a lack of a sense of having a place in the world or being wanted.”

“One of the central experiences of reading Laing is amazement at his case studies,”  Noys remarks, “in which the supposedly ‘mad’ offer more insight and understanding than those diagnosing them.” “The fact that his often working-class schizophrenics demonstrate philosophical and poetic insight, that they know as well, or better, than their psychiatrist, is, I think, a point almost lost today.”
More →

Colonial Violence and Mental Disorders: an extract from Frantz Fanon’s The Wretched of the Earth: By Frantz Fanon

In 1961 the Afro-Caribbean psychiatrist and political revolutionary Frantz Fanon published The Wretched of the Earth, which served as an analysis of the dehumanizing and psychological effects of colonization.  The philosopher Jean-Paul Satre wrote the introduction and supported Fanon’s assertion that resistance is necessary for the mental health of the oppressed.  Verso books and Fanon have made the chapter “Colonial Violence and Mental Disorders” available online.

In the chapter, Fanon writes that often mental pathology “is the direct product of oppression.”  He writes:

“We cannot be held responsible that in this war psychiatric phenomena entailing disorders affecting behavior and thought have taken on importance where those who carry out the “pacification” are concerned, or that these same disorders are notable among the “pacified” population. The truth- is that colonialism in its essence was already taking on the aspect of a fertile purveyor for psychiatric hospitals.”

Fanon also advances the idea that in a class-based revolution the “lumpenproletariat,” or those who have been so severely marginalized that they have been forced out of the working class, are necessary to the revolutionary cause because they have significant material and intellectual independence from the dominant ideology.
More →

An edited abstract of Shulamith Firestone’s The Dialectic of Sex: The Case for Feminist Revolution “explores how approaches to mental health are always structured by relations of power.”  Firestone published The Dialectic in 1970 and made waves in psychological circles by describing Freudianism as a “misguided feminism.”

“The term that perhaps best characterizes this Neo-Freudian Revisionism is ‘adjustment.’ But adjustment to what? The underlying assumption is that one must accept the reality in which one finds oneself. But what happens if one is a woman, a black, or a member of any other especially unfortunate class of society? Then one is double unlucky. Then one not only has to achieve a normalcy that even for the privileged is, as we have shown, difficult and precarious at best, but one might also ‘adjust’ to the specific racism or sexism that limits one’s potential from the very beginning. One must abandon all attempts at self-definition or determination.”

“In short, Freudian theory, regroomed for its new function of ‘social adjustment,’ was used to wipe up the feminist revolt. Patching up with band-aids the casualties of the aborted feminist revolution, it succeeded in quieting the immense social unrest and role confusion that followed in the wake of the first attack on the rigid patriarchal family. It is doubtful that the sexual revolution could have remained paralyzed at half-way point for half a century without its help; for the problems stirred up by the first wave of feminism are still not resolved today.”

“Only recently have we begun to feel the generations of drugging; half a century later women are waking up.”

“I have no delusions. I am playing”—Leonora Carrington’s Madness and Art: By Joanna Walsh

Leonora Carrington is famous as one of the few women artists in the surrealism movement.  Following the arrest of her partner, the artist Max Ernst, by the Nazis, Carrington reportedly had delusions and anxiety and was committed to a psychiatric asylum where she was given electro-shock treatment and drugs, like cardiazol, that were later banned by the FDA.  She later chronicled her experience of the asylum in the novel Down Below and through her artwork. In this article, Joanna Walsh, “examines the intertwining of madness and art in surrealism and how Carrington refused the surrealist romanticisation of female madness, describing her time in the Spanish asylum in terms of a forced incarceration.”
More →

The Happiness Industry and Depressive-Competitive Disorder: By Will Davies

William Davies’ The Happiness Industry argues “that the psychological state of the individual now becomes a target for the accumulation of capital—to the extent that it is no longer clear whether pharmaceutical products are created to treat illnesses, or ‘disorders’ themselves are defined into existence to conjure a market for drugs.”

In this extract from the book, Davies explains that after the publication of the DSM-III mental “illnesses” no longer required an explanation. “Psychiatric insight into the recesses and conflicts of the human self was replaced by a dispassionate, scientific guide for naming symptoms,” he writes.  “And in scrapping the possibility that a mental syndrome might be an understandable and proportionate response to a set of external circumstances, psychiatry lost the capacity to identify problems in the fabric of society or economy.”

In an edited abstract from  The Man Who Closed the Asylums: Franco Basaglia and the Revolution in Mental Health Care, John Foot explores “how curing the ‘mad’ demanded a critique of the ‘sane’, and how revolt against the institution of the asylum pre-figured and intertwined with a rebellion against society itself.”

“Critical psychiatry was never just about psychiatry,” Foot writes. “It associated mental health with society, the family, the state and its institutions, and with the psychiatric profession itself.”

“The radical critique of total institutions, which was initiated by critical psychiatrists, struck a chord with the students who were taking on the power of the university barons. The unmasking of total institutions exposed the brutal inner workings of the capitalist system.”

“The excluded, the deviant, the waste products of capitalism, ‘the wretched of the earth’ were to be found there, living and breathing – inside the asylums, the prisons, the orphanages. Critical psychiatrists exposed how these institutions really worked and built alliances with the students and the workers from the movement.” 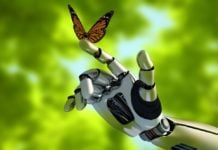 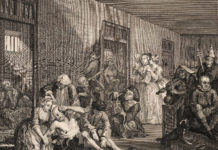