On November 4, the Health Subcommittee of the House Energy and Commerce Committee marked up an amended version of the Helping Families in Mental Health Crisis Act of 2015 (H.R. 2646), introduced by Rep. Tim Murphy (R-PA) and Rep. Eddie Bernice Johnson (D-TX). However, the bill still does not reflect the voices or meet the needs of millions of Americans with mental health conditions, said the National Coalition for Mental Health Recovery (NCMHR).

“The Health Subcommittee of the Energy and Commerce Committee failed to incorporate our recommendations,” said Daniel B. Fisher, M.D., Ph.D., Board President of NCMHR, which represents people diagnosed with mental health conditions and their organizations. “Our Coalition strongly urges Rep. Fred Upton (R-MI), Energy and Commerce Committee Chair, to incorporate the recommendations of our community in the next version of H.R. 2646, as advocated by President Bush’s New Freedom Commission on Mental Health, of which I was a member.”

Dr. Fisher said that NCMHR continues to have very serious concerns about the amended bill. “It still gravely impairs the functioning of the Substance Abuse and Mental Health Services Administration (SAMHSA), violates civil rights by advancing assisted outpatient treatment without exploring better alternatives and by loosening HIPAA, removes many legal protections for persons with disabilities by changes to the federal Protection and Advocacy program, forces peer supporters into an overly clinical role, and weakens states’ ability to serve their most vulnerable citizens by having the federal government dictate state mental health policy.

NCMHR’s recommendations include strengthening SAMHSA so it can promote:

NCMHR is a national voice for 31 statewide consumer organizations, consumer-run technical assistance centers, and associated organizations in the decisions affecting our lives. 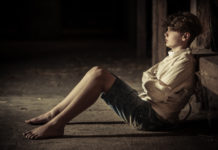 Twenty Years After Kendra’s Law: The Case Against AOT