Listen: NPR’s On Point with Tom Ashbrook discusses the new book “Moody Bitches: The Truth About the Drugs You’re Taking, The Sleep You’re Missing, the Sex You’re Not Having and What’s Really Making You Crazy,” by the psychiatrist Julie Holland. 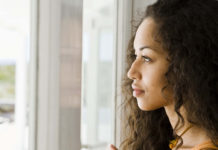 “Was Sexism Really Responsible for the FDA’s Hesitancy to Sign Off on Flibanserin?”