Neuroscientists have just released the results of a study on the long-term use of antipsychotic drugs in children. The growing brain adapts to the drugs, which block receptors, by creating more receptors, which can lead to more symptoms, including hyperactivity, depression, and anxiety, according to the study author, Michael De Santis. “[This] would then cause an opposite effect of what the drugs were used for,” he said. 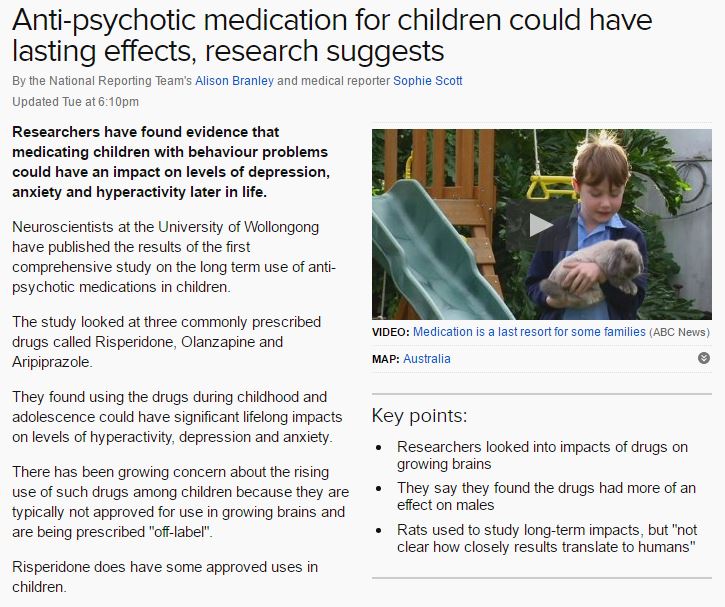