Last week, well-known Stanford scientist John Ioannidis and his colleague Denes Szucs released a new analysis online. They examined research published in eighteen prominent psychology and cognitive neuroscience journals over the past five years and found that the studies in these fields are generally of “unacceptably low” power and suffer from inflated effect sizes and selective reporting.

Ioannidis is perhaps most well-known for his 2005 article in PloS, “Why Most Published Research Findings Are False,” in which he explained his statistical analyses indicating that “for most study designs and settings, it is more likely for a research claim to be false than true.”

“Moreover,” he wrote, “for many current scientific fields, claimed research findings may often be simply accurate measures of the prevailing bias.”

In his latest paper, Ioannidis and Szucs take a closer look at the publication practices of research in experimental psychology and cognitive neuroscience. They extracted five years worth (Jan. 2011-Aug. 2014 ) of studies from 18 major journals. The journals ranged from impact factors slightly above 2, like Acta Psychologica, to those as high as 17, like the widely read Nature Neuroscience.

Of major concern was the fact that many of studies were of very low power, which can inflate the significance of the measured effects and lower the likelihood that the results can be reproduced. In short, low power can increase the risk that a statistically significant finding is false.

“The power failure of the cognitive neuroscience literature is even more notable,” Ioannidis writes, “as neuroimaging (‘brain-based’) data is often perceived as ‘hard’ evidence lending special authority to claims even when they are clearly spurious.”

The data also revealed that the inflation of results may be more common in “high impact” journals and that these journals also had, on average, less power.

“In all, the combination of low power, selective reporting and other biases and errors that we have documented in this large sample of papers in cognitive neuroscience and psychology suggest that high (false report probability) FRP are to be expected in these fields. The low reproducibility rate seen for psychology experimental studies in the recent Open Science Collaboration is congruent with the picture that emerges from our data.” 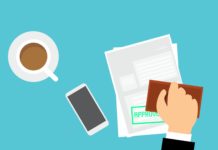 “What Does Scientific Reproducibility Mean, Anyway?”