An investigation by the Chinese government found that more than eighty percent of all of the data on new pharmaceuticals had been “fabricated.” “The report uncovered fraudulent behaviour at almost every level, and showed that some pharmaceutical companies had hidden or deleted records of potentially adverse side effects, and tampered with data that didn’t meet their desired outcomes.” 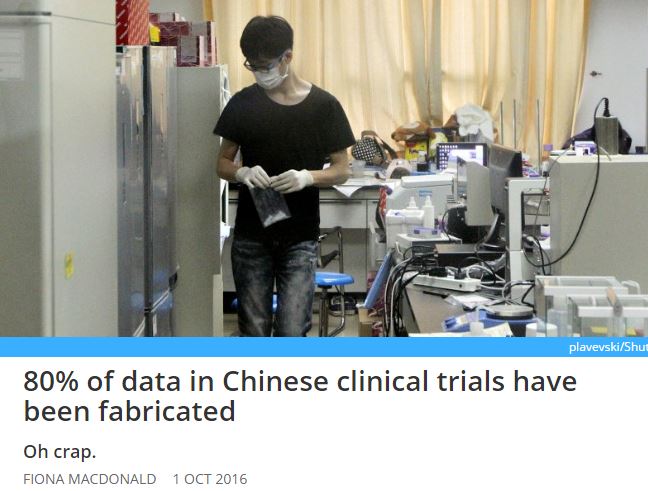 University of Minnesota Psychiatry: A Pattern of Research Abuse