“According to Allred’s tweets from Tuesday night, the New York Police Department visited him at home to investigate ‘political statements’ he made ‘on campus and on Twitter.’ They then took him to Belleville Hospital to be evaluated, where he says doctors labeled the situation ‘ridiculous.’ According to Allred, one doctor pointed out that politicians say more inflamatory things on live TV with no repercussions.” 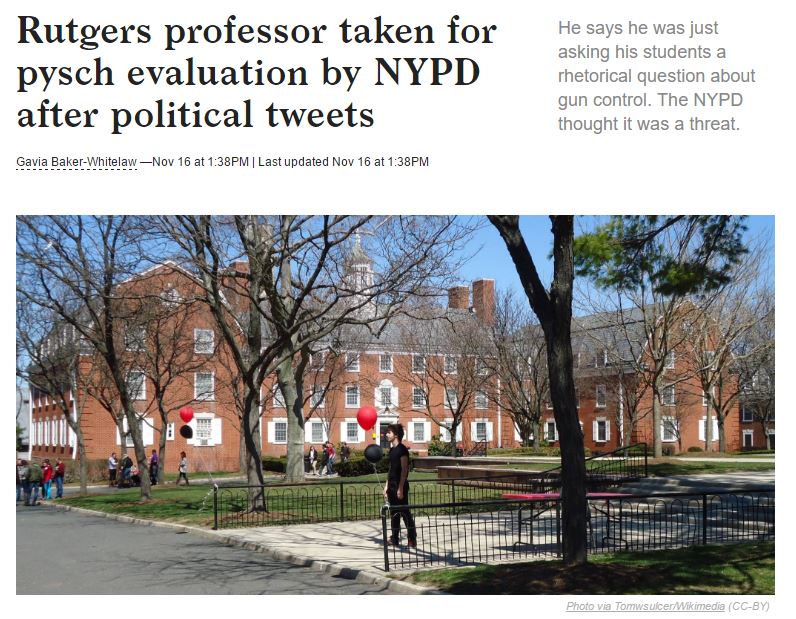 How Relational Approaches to Mental Health Implicate our Political Systems