A new study published online in the journal The Lancet, examined paraprofessional treatment of depression in India. The researchers suggest that this brief treatment, provided by community members who receive only a short training, is an effective and financially feasible method of delivering psychological care to those who might not otherwise receive it. Based on their results, the authors write that “Brief psychological treatments, based on behavioural activation, are acceptable, feasible, and cost-effective for management of moderate to severe depression, even when delivered by non-specialist health workers in routine health-care settings in previously untreated populations.”

The treatment, referred to by the authors as the “Healthy Activity Program” (HAP), is a brief, manualized intervention based on the theory of behavioral activation. Behavioral activation involves changing behaviors that keep one trapped in a depressive loop (in effect, forcing oneself to try things differently). It is an evidence-based treatment for depression, and is recommended by the World Health Organization (WHO). According to the researchers, their version, HAP, includes “psychoeducation, behavioural assessment, activity monitoring, activity structuring and scheduling, activation of social networks, and problem solving. Additional strategies used in response to specific needs consisted of behavioural strategies to improve interpersonal communication skills and decrease rumination, advice regarding sleep problems and tobacco cessation, and relaxation training.”

The paraprofessionals delivering the treatment did not have formal psychological training. However, as part of the program, they received training from “an international expert in behavioural activation,” a three-week workshop, and a 6-month internship phase, as well as consistent supervision. The treatment itself was delivered in the patient’s home, with 30-40 minute sessions that occurred weekly for 6-8 weeks. 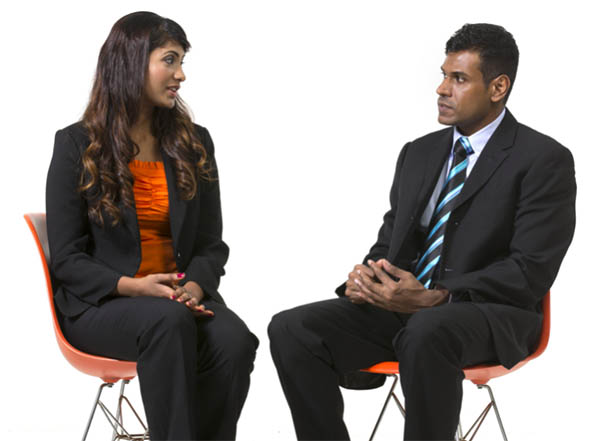 The study used a randomized, controlled trial design—the gold standard of evidence-based research—to compare paraprofessional treatment for depression (HAP) against “enhanced usual care” (EUC). “Usual care” is a broad term that encompasses any treatment provided by the physician, without guidance. “Enhanced usual care” is still provided by the physician, rather than a mental health professional, but the researchers provided the physician with treatment guidelines for depression.  Thus, the study did not compare the HAP treatment with mental health care as delivered by therapists, psychologists, or psychiatrists.

The results were comparable to the results of effective psychological services delivered by professionals. The researchers found that HAP produced better outcomes than EUC on improvement in depression symptoms and remission from depression. Depression scores were measured using the Beck Depression Inventory (BDI-II) and the Patient Health Questionnaire (PHQ-9). These are commonly used questionnaire assessments of depression, generally considered reliable and valid. 64% of the participants in the HAP group met the criterion for remission from depression (PHQ-9 score < 10), while only 39% of the participants in the EUC group met that criterion. Certainly this means that 36% of the participants even in the HAP group did not experience remission of symptoms; however, this is comparable with other psychological interventions for depression.

There was also an improvement in a number of secondary outcomes, including intimate partner violence. The researchers write that “Women who received HAP were nearly 50% less likely to report intimate partner physical violence at the end of treatment than were women in usual care. The focus of HAP on improvement of life context and problem solving directly targets many of the components of sex disadvantage that have been associated with depression among women, including those that are specific to the family and interpersonal context.” That is, beyond improving the psychological health of the patient, the HAP intervention appears to actually improve the context of the patient’s life, particularly for women.

The same researchers have also conducted a study using the same paraprofessionals to deliver treatment for substance use in India, and found comparable success.

Because the studies compared paraprofessional treatment to “enhanced usual care,” we don’t know if the treatment is better than actual mental health care provided by a professional, such as a therapist. The authors of the studies therefore frame the treatment as an alternative for those who are already not receiving adequate care. However, in a commentary on these studies also published online in The Lancet, Roberta Agabio notes that the paraprofessional treatment first required mental health assessment by a professional clinician, which means that the treatment is not connecting with those who are not receiving this assessment in the first place.

Because these studies were conducted in India, it is unclear how well the results will generalize to the US population. The paraprofessionals utilized in the studies were members of the communities they served, which appeared to enhance their effectiveness, and this may be difficult to accomplish in US settings. Additionally, the cost-effectiveness statistic was computed in India, and might be very different given US wages and cost-of-living.

It should also be noted that outcomes were only assessed at the 3-month point, although the researchers state that they intend to publish long-term outcomes at a later date.

Because of these limitations, more research is required to consider applying this intervention in the US. However, the researchers state that they plan to assess this treatment in high-income countries such as the US and that they have developed an online training for those interested in learning to implement the HAP treatment. The data does suggest that trained paraprofessionals may be able to deliver brief psychological interventions that are appropriate, effective, and financially feasible, in order to meet the needs of populations that would not otherwise receive mental health treatment.