This is the five year anniversary of this website and my blogging life. This experience has changed me in profound ways, and I am grateful for the platform. I have met people from all over the world. I have engaged with them in fruitful and sometimes challenging conversations. I have been invited to meet with and speak to many of them. I have been exposed to ideas and perspectives that were new to me. I have been invited to join and now chair the board of the Foundation for Excellence in Mental Health Care and I am active with Mad In America Continuing Education. I owe all of this to Robert Whitaker and MIA.

My stance towards my profession has evolved but remains decidedly critical. And while some ideas have crystallized for me (my best articulation of how I want to be as a psychiatrist is captured in my Slow Psychiatry blog), I struggle with whether I can do this work in an ethical way when there are forces and perspectives prominent in our culture that are antithetical to mine. Yet, I have kept my day job as a psychiatrist in a community mental health center in Vermont. I still work day to day with individuals and their families who come to our center seeking help. When I stop working, I am likely to stop blogging; it seems important to remain connected to this work lest I tend to romanticize and forget just how challenging it can be.

It often feels as if we are under siege in community mental health. Social support services constitute a large share of the budget for any state in the US. I work in a progressive state but, even in Vermont, we are constantly under pressure to do more for less. Lawmakers – faced with mounting expectations to lower taxes — question if we are both necessary and effective. We are generally under the umbrella of the medical community in the sense that we are largely funded by a health insurance system (Medicaid) but we are a step-child; we bring in relatively little money compared to more procedure oriented specialties. And as I have learned from MIA, we often do not have partnership with the advocacy community who can view us as the enemy — for many reasons, but often the most critical one is that we enforce state policies on coercion.

The past five years have been simultaneously transformative not only personally but systemically in Vermont. In August, 2011, Hurricane Irene effectively shuttered our state hospital overnight. A debate that had been waged for a decade over the future of the hospital was finally forced to a resolution. The result was construction of a 25 bed hospital built to replace the old 50 bed facility. More beds were added at community hospitals and several non-hospital programs were developed to help meet the needs of individuals who would have in the past spent time in hospital. There was an infusion of money into the community system and we were able to develop some innovative programs.

While this seemed like a win for those of us promoting more community-based services, we now have times when people are waiting in emergency rooms or jail for days for a hospital bed. In addition, when someone in the community has a crisis that brings public scrutiny, it is blamed on the reduction of hospital beds and a skepticism about the value of the work we do in the community. In an odd twist, the rate of forced hospitalization has risen. All of this has led to a call for more hospital beds. I do not pretend to understand the multiple forces at play that has led to a situation that I did not anticipate, but one thing I have learned is that it is very hard to change people’s minds about beliefs that are deeply entrenched. While I am not anti-hospitalization, I do not see it as the answer many of my colleagues perceive it to be. But they probably view me as the one with overly entrenched beliefs. One of them told me that I was too passionate to be able to critically analyze my ideas. For someone who values critical discourse, that was a deep cut.

I was asked to write something for a fundraiser for my agency. What follows is what I wrote to honor the many fine people who work day in and day out under the radar for modest salaries and limited appreciation from the community. It was a time when the press had highlighted stories of people who fall under our purview with partial information in a sensationalized way. It was hard to not feel defensive. This essay was written for an audience that I expected was more accepting of the conventional narrative than the MIA crowd. I wanted to share it here — I always find your response of great value — but thought it required some context.

The era when I was a young physician was one of great optimism for science and medicine. We were still riding on the advances made through the discovery of lifesaving antibiotics and the unraveling of our genetic code. We thought it was just a matter of time before most diseases would be conquered.

And that was the language, the language of war — conquering, vanquishing — that constituted our discourse. This discourse and the expectations that lay behind it entered the world of psychiatry with the notion that it was just a matter of time before we would find the genes that cause all of the problems our patients face, which in turn would lead to identification of the molecules — the drugs — that would erase their suffering.

My career began in the aura of this hope and optimism.

We have since learned that there are things we, as healthcare and social support providers, families, and communities, can do to dampen the hope upon which that narrative is founded and things we can do to foster it. We know that offering hope, helping people find a path of meaning in their lives, and improving social connections, and community acceptance will help people to recover.

Something interesting has happened in recent years. These narratives have come together. The advances in science and technology have taught us that we need to think in a holistic way. We can’t conquer all infections with antibiotics because the bugs outsmart us. We are compelled to think about infections in the context of our environment. Studies of genes — especially in the area of mental health — have led to a deeper understanding of the complexities of how our genome makes us who we are, but for the most part not to cures. And the molecules — the drugs — we give people can be useful tools but they rarely cure.

As for the value of social connections? Finding meaning in life? We continue to learn about their power to heal.

Part of the work at my agency is to help people find their respective paths to recovery. We do this with hope and humility. Every day, we partner with people who make remarkable progress. Just as we have learned that we are not as successful at conquering disease as we had once hoped, we have also learned that the road to recovery can be a long, bumpy, and circuitous one. Social inclusion, while laudable, takes work. Some of our neighbors may cause discomfort and disruption.  Whose responsibility is it to support them through these difficult times? What are the limits of the capacity of our community to support them? When should we intervene and remove individuals who are disruptive from our communities for their safety or ours? These are complex and often ambiguous questions. Consensus can be hard to achieve. When these challenges erupt into public view, the answers may seem obvious to those who are not immersed in the myriad decisions that those involved in this work struggle with daily.

My colleagues and I grapple with these questions every day. We are in the community helping people live meaningful loves of independence, find jobs, succeed at school, and understand what drove them to use drugs or become entangled in the criminal justice system. We help them find safe places to live. We are in their schools, their homes, our courts, and the marketplace.

Are we perfect? No. My career has been one of repeated, almost-daily lessons in humility. But, we are always striving to improve. I continue to believe that we do remarkable work, much of which happens in the very private, quiet moments — the small steps toward creating lives of meaning that are deeply valuable, personal, and important but rarely the topic of the evening news. 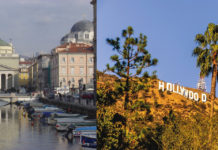