In this piece for Eidolon, Jessica Wright discusses the ways that labeling people as “crazy” and “mentally ill” has served to justify oppression throughout history. From categorizing heretics as phrenetic to disproportionately diagnosing African American men as schizophrenic, and in recent times, calling politicians including the president “crazy,” our society uses the discourse of mental illness to undermine individuals’ agency and legitimacy.

“Our penchant for casual diagnosis does not stem from political oratory alone. The discourse of crazy was fundamental to early Christian texts, especially heresiological catalogues, polemical pamphlets, and sermons, all of which were arguably more influential even than Cicero during late antiquity and the medieval period. Terms for mental disorders were commonly used to undermine one’s opponent and to situate oneself as an authority on others’ moral health.” 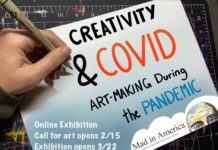