“None of the characters, least of all Hannah herself, ever suggest that what she really needed was to be locked up in a psychiatric prison where she can be somehow healed by additional violence against her. Not only would such a statement have been patently untrue, it would have once again undermined the apparently controversial message that people are responsible for each other’s well-being. If suicide prevention is the responsibility of some professional psychologist in some hidden facility, then it doesn’t have to be yours. You have permission to ship people off and wash your hands of it. Out of sight, out of mind.” 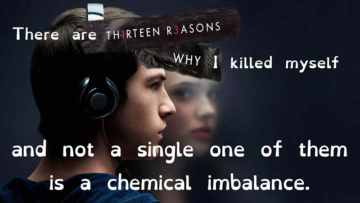