In this piece for Science of Us, Jesse Singal describes the burdensome stress of being a member of a minority group and having an identity that stands out.

“In fact, it is so tiring that this phenomenon has been described in the literature as the minority tax: the additional responsibilities placed on minority faculty to achieve diversity. Once hired, whether explicit or implicitly stated, there is an expectation to represent your otherness broadly across the institution for the good of the community, often at the expense of the individual. This burden is shared among the few underrepresented minorities who achieve faculty positions, which has risen from 7% to 8% in the past 20 years. For these faculty, there is an added pressure to lead diversity efforts rather than more highly valued pursuits that are key to attaining leadership positions in academia. As a result, they spend a longer time in a probationary rank and are less likely to hold administrative positions.” 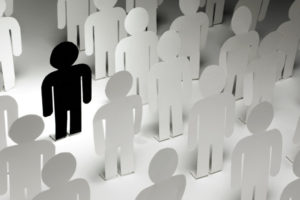 The Imposition of Western Psychology as Colonialism