From National Post: Many physicians are prescribing a low dose of Seroquel, an atypical antipsychotic, to patients with insomnia. Experts warn that even a low dose could be dangerous, as Seroquel can lead to adverse effects including akathisia, diabetes, Parkinson’s-like tremors, sleep apnea, and heart arrhythmia. 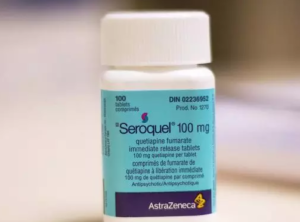 Polydrugged With 12 Different Drugs… For Insomnia