From Wired: Thomas Insel, neuroscientist and former head of the National Institutes of Mental Health, is leaving his role at the Google-spawned health science company Verily to work for a start-up called Mindstrong. He is reported as saying:

“I spent 13 years at NIMH really pushing on the neuroscience and genetics of mental disorders, and when I look back on that I realize that while I think I succeeded at getting lots of really cool papers published by cool scientists at fairly large costs—I think $20 billion—I don’t think we moved the needle in reducing suicide, reducing hospitalizations, improving recovery for the tens of millions of people who have mental illness…”

Since biomarkers are not effective in diagnosing mental health issues, Insel will now be working to find how patterns of phone use and keyboard use may be correlated with outcomes like depression, psychosis, or mania. 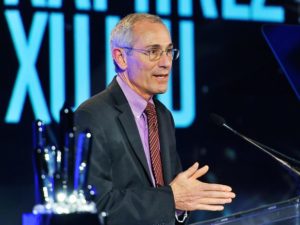