From The New York Times: The mind and body are more connected than we often think — symptoms of anxiety and depression may result from an underlying medical disorder, and physical symptoms may be caused or exacerbated by emotional distress. For example, thyroid disease, cancers of the lung and pancreas, asthma, and cardiac conditions can cause symptoms of depression and anxiety, and persistent anxiety can cause symptoms like dizziness, nausea, muscle pain, and fatigue.

“‘Physicians may not pursue medical work-up of cases that appear to be psychiatric in nature,’ the team wrote. ‘They should be alerted that disturbances in mood, anxiety and irritability may antedate the appearance of a medical disorder.’

Thus, it may be up to patients themselves or their advocates to suggest to therapists that something other than an emotional problem may be responsible for psychiatric disturbances that don’t respond to standard psychiatric remedies.” 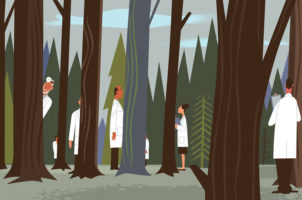 Functional Medicine: My Path Out of Psychiatry