From The Irish News: Although the use of ECT has been steadily decreasing internationally, the use of ECT in Northern Ireland has significantly increased over the past two years. There was a 29 percent rise in the number of patients involuntarily given ECT between 2015 and 2016.

“There are also several prominent physicians who argue that ECT can have severe side effects.

One such physician is Dr John Read, Professor of Clinical Psychology at the University of East London, who has published numerous reviews of the research on the efficacy and safety of ECT.

Speaking to The Irish News, Dr Read claimed that there is ‘absolutely no evidence’ that ECT has any lasting benefits, compared to placebo treatment.

‘There are many studies showing that ECT causes long lasting brain damage, in the form of memory loss, for a significant proportion of recipients. ECT zealots continue to deny this,’ he said.

‘The continued use of this procedure suggests that psychiatry is not an evidence-based profession.'” 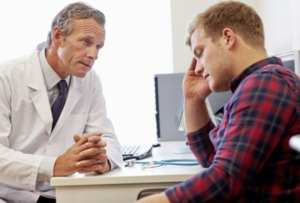