From Medium: Often after the suicide of a public figure, there is an increase in articles published attempting to destigmatize depression by categorizing it as a biological illness or neurochemical imbalance. However, this biomedical conceptualization of depression is inaccurate and fails to acknowledge the social factors that can lead to suicide.

“By attributing depression and suicide to disfunctions in one’s brain, we ignore and lose sight of the psychological and social forces that play an equally powerful role in the formation of depression. If we think ‘poor guy, if only his brain hadn’t been broken’, we shift our focus to the underlying neurology and refrain from asking questions about the social forces that often create an atmosphere so unbearable for people that ending your life seems like the only escape. When we focus our attention on the individual’s brain, we stop caring or working towards creating a society that is more tolerable to live in. We shift the blame and responsibility to forces beyond our control and thereby do not engage in the project of altering social conditions (such as poverty) that are heavily correlated with depression. We rob ourselves of the power we have to actively make a difference and shift that responsibility over to psychiatry and medicine.” 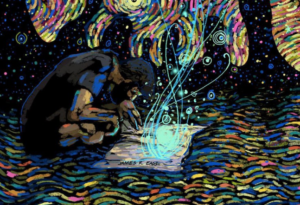