In recent years, American scholars and thinkers have increasingly argued for the secularization and modernization of Buddhism, proposing meditation as a fully secular form of psychotherapy and pointing out the psychological benefits of mindfulness using scientific theories and evidence. In this piece for The New Yorker, Adam Gopnik examines the advantages and limitations of this contemporary, Americanized model of Buddhism, divorced from supernatural claims and religious ideology.

“Both Wright and Batchelor end with a semi-evangelical call for a secularized, modernized Buddhism that can supply all the shared serenity of the old dispensation and still adjust to the modern world—Batchelor actually ends his book with a sequence of fixed tenets for a secular Gotama practice. But does their Buddhism have a unique content, or is it simply the basics of secular liberalism with a borrowed Eastern vocabulary? What is the specifically Buddhist valence of saying, as Batchelor does, that the practitioners of a secular Buddhism will ‘seek to understand and diminish the structural violence of societies and institutions as well as the roots of violence that are present in themselves’? Do we need a twenty-five-hundred-year-old faith from the East to do this—isn’t that what every liberal-arts college insists that its students do, anyway, with the help of only a cultural-studies major?

All secularized faiths tend to converge on a set of agreeable values: compassion, empathy, the renunciation of mere material riches. But the shared values seem implicit in the very project of secularizing a faith, with its assumption that the ethical and the supernatural elements can be cleanly severed—an operation that would have seemed unintelligible to St. Paul, as to Gotama himself. The idea of doing without belief is perhaps a bigger idea than any belief it negates. Secular Buddhism ends up being . . . secularism.” 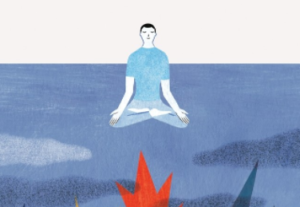