From MedCityNews: This year, under the threat of legislation that may reduce drug prices, address the opioid crisis, and repeal and replace the Affordable Care Act, pharmaceutical companies have dramatically increased their campaign donations and presence on Capitol Hill.

“A dozen Republican committee heads and ranking Democrats on health-related panels collected $281,600 from pharma-related PACs in the first quarter, up 80 percent from what people in the same positions collected in the first quarter of 2015, the data show. Such initial donations often set the pace for a two-year election cycle, and suggest whom corporate interests are trying to cultivate in a new Congress, with implied promises of more to come, analysts say.

For pharma companies, ‘now would be the time to give out the money, ahead of a piece of legislation that may come down the road,’ said Kent Cooper, a former Federal Election Commission official who has tracked political money for decades. ‘You want to get your name out there and make a connection with these members’ legislative assistants — so you are known to them and you can get in their door.'” 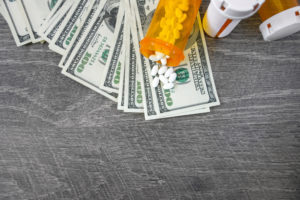