From STAT: The U.S. Supreme Court case of Bristol-Meyers Squibb Co. vs. Superior Court of California, in which hundreds of plaintiffs claimed the drug Plavix had caused them severe bleeding and even brain damage, was recently decided in favor of BMS. The company won on the basis that it would not be fair for the state court in California to hear the case because many of the plaintiffs were not California residents and did not consume the drug in California.

“The Supreme Court’s ruling in favor of BMS is a staggering blow for millions of Americans harmed each year by the reckless and abusive behavior of pharmaceutical companies. The decision raises an almost insurmountably high hurdle between victims and their hopes for obtaining justice in state courts throughout the country.

By foreclosing to plaintiffs’ state court venues other than those where these companies are ‘at home’ — generally meaning where they are headquartered or incorporated — the Supreme Court has placed an almost impossible burden on state court litigants. They will now be forced to sue in far-off courts, convince experts to travel out of state to testify, and shuttle between their home states and wherever the drug company is at home. Their alternative will be pursing claims in federal court — but still also likely in a different state — where they will be subject to different laws, rules, and standards to prove their claims.” 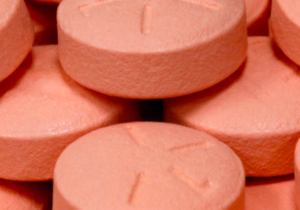