From The New Yorker: The extent to which we act on our biases is largely dependent upon the social norms within our surrounding environments, which can be heavily influenced by the actions and speech of authority figures. President Trump’s bias and bigotry has the power to change the country’s social norms, making hateful speech the new “normal.”

“Our tendency to extrapolate the opinions of others from the opinions of authority figures helps explain phenomena like the incorrectly drawn swastikas on the playground in Brooklyn. The psychology of norms suggests that you don’t ‘need a nation of raging anti-Semites to license the use of anti-Semitism as a social weapon,’ Paluck said. Instead, an authority figure could make the expression of anti-Semitism—an old bias that had previously been subtle, implicit, and almost imperceptible—suddenly appear to be one of the broadly ‘acceptable’ ways of showing pent-up anger. ‘A leader could whip up everyone’s frustration and channel it to these scapegoats and make it normative to use this language,’ Paluck said, ‘encouraging people to say, “Ah, this is how to express my frustration, to lash out against liberalism and so-called élites.”‘ Such an authority figure can create the impression of a social consensus where none exists.” 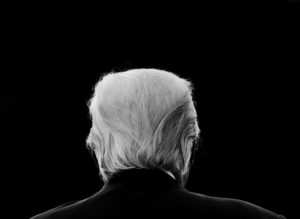