New research conducted by Alan S. Cowen and Dacher Keltner at the University of California, Berkeley, challenges the notion that people experience only a handful of distinct emotions. Their research – designed to better capture subjective experiences of feeling – identifies 27 categories of emotional experiences, separated by fuzzy rather than discrete boundaries.

“We wanted to shed light on the full palette of emotions that color our inner world,” Cowen said in a press release.

Longstanding theories have categorized emotional experiences as raw, disconnected categories varying in valence and arousal, or into discrete states, such as those universally clustered into happiness, sadness, anger, fear, disgust, and surprise. Researchers at the University of California, Berkeley, have recently called attention to the limitations of these approaches as their findings suggest an alternative conceptual framework.

“Despite the pervasive influence of these theoretical approaches, empirical progress in understanding how reported emotional experiences are organized within a semantic space has been modest.”

Cowen and Keltner sought to further investigate the scope, range, and boundaries that accurately describe emotional categories. Namely, they questioned (a) “How many distinct varieties of emotion do people reliably report experiencing across distinct situations?” (b) “Is reported emotional experience better understood in terms of categories, such as amusement and awe, or in terms of widely measured affective dimensions, such as valence and effort?” (c) “Do boundaries between emotion categories such as amusement and awe correspond to discrete jumps or smooth transitions in how emotions are reported to be experienced?”

While acknowledging the built-in assumption in using self-report measures, Cowen and Keltner also cite previous research noting that measuring subjective experiences, such as emotions, are most accurately achieved through self-report. Most notably, however, the methods used assume that reported accounts of people’s emotional experiences accurately correspond to the language used to communicate that experience.

“The 27 dimensions we derive from emotion self-report in response to short videos demonstrate a semantic space of emotions far richer in distinct varieties of reported experience than anticipated by emotion theories to date,” Cowen and Keltner write.

The researchers found that 27 categories of emotion were reliably reported across participants. However, their findings support a more complex picture of emotions in that these unique emotion categories were linked to other emotions through continuous gradients, rather than representing separate, distinct clusters.

“Although reported emotional experiences are represented within a semantic space best captured by categorical labels, the boundaries between categories of emotion are fuzzy rather than discrete.”

These findings challenge previous theories which have posited that experiences of emotion are either simply clustered or simply uniform. Instead, Cowen and Keltner highlight links between experiences of admiration, awe, and aesthetic appreciation or between fear, horror, and disgust, arguing for a model of discrete clusters connected by continuous gradients.

“While each category is associated with a specific pattern of affective dimension ratings, these ratings do not shift abruptly across categories; rather, they vary smoothly along the gradients associated with each emotion category.”

These thought-provoking findings have compelling implications for reframing research, education, and practice in the field. In addition to this, however, it is important to recognize how this study relies on the notion that it is possible to accurately depict one’s subjective experience through self-report. These findings also focused on commonalities across individuals’ experiences, rather than differences, and only sampled English-speaking Americans.

“By no means do we mean to claim that this is the definitive taxonomy of emotional states, for which studies of other types of stimuli, other approaches to self-report, other modalities of emotional response, and other cultures will need to be incorporated. Nevertheless, the present investigation reveals the rich varieties of reliably reported emotional experience that may shape human behavior.” 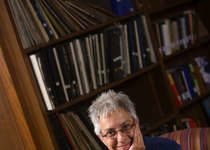 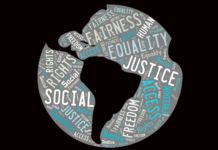 What Does Social Justice Really Mean for Psychologists?