The second in a series of blogs presenting a philosophical analysis of the modern mental health system and what it is concerned with. 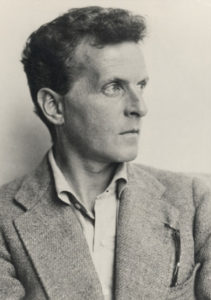 There are two broad approaches to the ‘mental’ that Wittgenstein’s ideas challenge. One is that all our feelings, thoughts and behaviours are caused by, or ‘epiphenomena’ of, a specific brain state or process. This is sometimes referred to as ‘physicalism’ (‘epiphenomenalism’ being one variant of physicalism). On this view — the one that much neuroscience is based on — the brain states that lie behind the sensations and behaviours are what is primary and important. Just as to accurately understand the behaviour of water we need to know its molecular structure, to understand human behaviour we need to identify the brain states that produce it.

The second approach to understanding human experience is the ‘psychological’. By this I mean the idea that mental events and behaviour can be studied and theorised in their own right, without reference either to the brain or to the individual that has them. According to this view mental states have independent characteristics that can be categorised, compared and experimentally manipulated just like material things in the world, such as minerals or plants.

Although Wittgenstein did not deny that we have personal experiences, for example pain or sadness or guilt, some of which we refer to as mental or psychological states, what he pointed out is that we understand these experiences through the way we express them. We express ourselves through words, gestures and actions, and all of these derive their meaning through the way they are used in a public and social context. 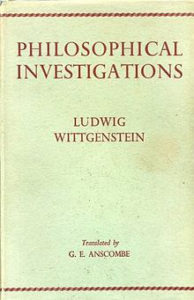 In Philosophical Investigations Wittgenstein gives the example of pain. Although pain is a personal or subjective experience, we express pain through well-recognised responses, which are both automatic or involuntary (recoiling from the painful stimulus, crying out) and voluntary (begging someone to stop doing whatever it is that hurts). These behaviours and utterances are recognised as manifestations of pain by other people when they occur in particular circumstances (such as someone falling over or stubbing their toe). If someone is screaming but no painful stimulus is apparent, we might doubt whether their behaviour is a manifestation of pain, even if they claim it is.

Think of a young child who learns that expressing pain will bring love and attention from a grown-up! The point is that it is the public manifestations of pain and their particular context that constitute our immediate, ordinary understanding of pain, not the ‘internal’ or personal experience of it and not whatever it is that goes on in the painful area or in the brain or nervous system. The meaning of pain is how we use the word in everyday language1.

We can, however, investigate the neural basis of pain, and the local bodily processes that produce it. This is a perfectly legitimate activity but it does not reveal the meaning of pain. It reveals the bodily basis of pain, but not how we understand the phenomena of pain in everyday life.

The Wittgenstinian philosopher Peter Hacker has described how emotions and moods are also understood through particular public expressions, which form the criteria for ascribing an emotional state to someone2. Some emotions are demonstrated by an immediate reaction, like a smile or expression of surprise, and some, like sadness, grief or anxiety, by longer lasting patterns of behaviour. Implicit in most emotion language is the idea that the feeling is a reaction to someone or something. Love, hate and anger often have as their object another living being. Surprise and delight are usually immediate reactions to proximate events. Sadness, fear, guilt, shame and happiness are less immediate reactions, but also normally understood as responses to something that has happened, is happening or might happen to someone. Part of the context of emotion language is the object or events at which the emotion is directed.

We recognise sadness when someone tells us they are sad, when someone looks sad, and behaves in a sad way, and usually this involves explaining what made them sad. These things are necessary for us to understand and accept that someone is sad. If someone says they are sad, but has a big smile on their face, and proceeds to laugh and act in a lively and cheerful manner, we would not understand their claim to be sad. Similarly, if someone says they are sad, but can’t explain why, we would not necessarily disbelieve them, but we would find their assertion more difficult to accept than if they told us they were sad because their cat had been run over.

As Rom Harré (another philosopher much influenced by Wittgenstein) has pointed out, emotions are different from physiological responses like pain or hunger, which are primarily experienced in the body. Emotions may be associated with particular bodily sensations, but they are not reducible to these sensations3. Therefore, unlike pain, it is not clear that emotions have specific physical correlates. In fact evidence suggests they do not. Several different types of emotion; fear, anxiety, anger and euphoria, for example, are associated with the physiological state of arousal that is linked with the release of chemicals like adrenalin and noradrenalin (sometimes referred to as the ‘fight or flight’ response). This physiological state and its biochemical characteristics are not specific to a particular emotion, therefore, but cut across several types of emotional response.

Even if we did find a specific brain state that correlated perfectly with the experience of fear, and another one that was present every time anyone felt joy or pity, the brain states are not what we understand as emotion in everyday life. It is not brains that feel fear, pity and joy, it is people. Emotions are attributes of people living and acting within a social or public world.

So what does all this mean for the study of the ‘mental’ realm, including the situations we refer to as ‘mental disorders.’ It means that we understand them through the public expressions by which they are manifested. This is what our language of mental states and emotions refers to. It refers to the publicly available voluntary and involuntary actions of whole living persons who are actively engaged in the social and material world.

Take depression for example, or prolonged sadness or melancholy or despondency (the term depression has become so strongly associated now with the psychiatric approach, it is sometimes better to use other words to clarify what we mean when we think about this sort of emotional state). There are various patterns of behaviour we might associate with this emotion as broadly conceived. Someone might take to bed and cease to go about their everyday life. Someone might be crying a lot and displaying obvious signs of distress. Someone might become preoccupied with a negative and pessimistic view of the world. Usually, use of such terms implies a change: that someone was previously acting normally, and then starts acting in a depressed manner.

The important point is that the sorts of behaviours we associate with depression are not signs or symptoms of an underlying brain disease or mental construct that is what depression really is. When we refer to someone as ‘depressed’, even when we do this as psychiatrists in the framework of diagnostic systems like the Diagnostic and Statistical Manual (the DSM), we are not identifying the real nature of their nervous system or mental make-up. We are referring to the sorts of behaviours4 they are displaying, and how we normally interpret these. Depression is just the behaviours that we understand as expressing depression.

The ethnomethodologist Jeff Coulter has written about the characteristics of the expression of psychosis or madness. Coulter explains that madness is attributed when someone acts in a way that is not easily understandable, and breaks unwritten rules of social conduct such as behaving unpredictably, or failing to undertake expected tasks. Following Wittgenstein, Coulter stresses that madness, like other mental states, is recognised and attributed by the community in response to public patterns of behaviour, and is not something hidden that can only be detected by experts 5.

So the important point that Wittgenstein makes is that mental states, including mental disorders like depression or psychosis, are not just, or primarily, private events — whether these are considered as brain events or events in an abstract mind. We recognise and identify these situations through the sorts of behaviours and reactions that people display publicly, and the context in which these occur. Neither brains nor minds are depressed, anxious or psychotic — real people are, in real social situations!

Studying mental disorders as if they are conditions of individual minds or brains therefore misses the point of them. We need to understand them at the social level, as problems that show up in social groups or contexts. Yet our current mental health services are set up to adjust individual brains or minds, as if this could fix the problem. But the problem lies in the interaction of a person’s behaviour with their social environment, which includes the social expectations of how people should behave.

This suggests that sometimes it may be the environment that needs fixing, rather than the individual. Take the example of so-called ‘Attention Deficit Hyperactivity Disorder’. Many people have pointed out that instead of adjusting individual children’s behaviour through brain-modifying chemicals, we should devise an education system that accommodates a wider range of developmental trajectories; one that is better able to cope with children who need more physical activity and stimulation than the average child of their age 6.