In this interview for Aeon, Nigel Warburton and Jules Evans explore the potential therapeutic value and shortcomings of using ancient philosophy to overcome emotional suffering.

“Personally, I’m not arguing that all philosophy is therapy, but rather that ancient Greeks and Romans viewed philosophy that way, as did many Indian philosophers. They developed various practical techniques which they said would help transform suffering, that were part of a comprehensive ‘philosophy of life’. These techniques weren’t simply positive thinking, rather they argued that we need to see the world as it is, in all its instability and adversity, and accept it. Some of these techniques have now been rediscovered and tested out by empirical psychologists, who have found that they do indeed transform emotional suffering. I want to communicate this as much as possible, because ancient philosophy really can help people overcome suffering – and that’s to the credit of philosophy, which as you know is a much-maligned and under-funded subject these days. Don’t you think the more we communicate that, the higher philosophy’s standing and relevance in the world will be?” 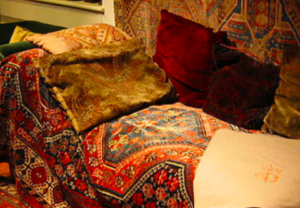