From STAT: The Vermont attorney general is currently investigating whether drug and medical device companies may have violated state law by giving gifts or payments to health care providers.

“The state banned industry gift giving to health care providers eight years ago over concerns such payments may influence medical practice, a contentious issue that later led the federal government to create a database to which drug and device makers must report any payments to physicians and teaching hospitals.

However, a check of the federal OpenPayments database shows that, in 2016, companies gave more $2,200 in gifts, $173,400 in travel, and $54,400 in food and beverage. Larger amounts were reported in 2015. All three items are among the various forms of payment that are banned under state law, which prohibits providing food, entertainment, travel, or anything else of value, although exemptions exist.

Nonetheless, the state is expected to publish its findings early next year, according to the source, and the results are likely to be closely watched by officials in other states, where industry payments to health care providers have recently become a renewed issue.

The Vermont attorney general may file a civil suit for any violation of either the gift ban or reporting requirements. And any company that fails to comply with the gift ban or fails to report payments may incur a $10,000 penalty for each violation.” 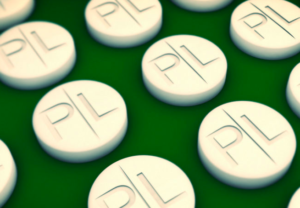