This week on MIA Radio we interview Dr. Joseph Firth. Dr. Firth is a postdoctoral research fellow at Western Sydney University. His research focuses on the role of exercise and nutrition in first episode psychosis in young people.

A qualitative study of exercise in early psychosis

Feasibility study of exercise for young people with psychosis

B-Vitamins as an add-on treatment for Schizophrenia 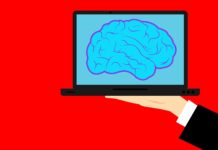