From The Atlantic: In the mid- to late 1800s, psychiatric institutions were used to oppress women and reinforce patriarchal norms. The new Netflix show Alias Grace, based on the bestselling novel by Margaret Atwood, tells the true story of a woman who was declared criminally insane and sent to the Toronto Lunatic Asylum.

“According to Carroll Smith-Rosenberg, an author and expert in women’s history in the United States, psychiatrists during the Victorian era—or ‘alienists’ as they were often called in the 19th century—specifically used medicine to police women’s behavior. ‘They all had very definite ideas about how women ought to behave,’ she says. ‘There were general feelings of what caused abnormal behavior, and usually this was a refusal of traditional gender roles.’

Abbott’s case and many others are compelling for their intrigue—but they also point to a time period that leaned on the emerging field of psychiatry to maintain the male-dominated status quo. Did Abbott actually do it? Was she mad? Did she believe violence was her only recourse, with no other legitimate way to change her situation? Did she deserve to be locked up? We may never know.” 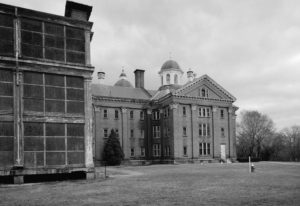 The Science and Pseudoscience of Women’s Mental Health: Conversation with Kelly Brogan

I Navigated the Mental Health System and Never Took Medications