From Aeon: For the past several decades, mainstream mental health professionals as well as the general public have dismissed Freud’s ideas, turning instead to neuroscience and physicalist explanations of the mind. However, a relatively new field, neuropsychoanalysis, seeks to reconcile the ideas of Freudian psychoanalysis with contemporary neuroscience.

“…Around 20 years ago, there emerged a new field, bearing the predictably cumbersome name of neuropsychoanalysis. Adherents to this amorphous research programme – spearheaded by the South African neuropsychologist and psychoanalyst Mark Solms of the University of Cape Town – are keen to rehabilitate Freud’s reputation for the age of the brain. They remind us that the young Freud started his career in neurology, and spent two decades in the hard sciences. They point to Freud’s attempts during the 1890s to ‘furnish a psychology that shall be a natural science’ and stress his lifelong belief that one day his theories would be augmented and refined by the empirical study of our grey matter. Neuropsychoanalysis published the inaugural issue of its academic journal in 1999, and held its first conference a year later. Since then, an increasing number of psychoanalysts have begun to investigate what neuroscience can offer their theories and practice, and conciliatory positions have been adopted by some of the most influential brain scientists of the era: Antonio Damasio, Joseph LeDoux, Jaak Panksepp, V S Ramachandran and, above all, Eric Kandel.” 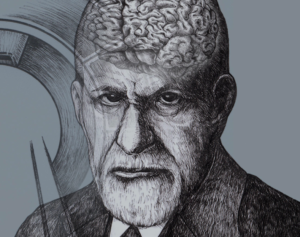