From The Daily Dot: Last week, Facebook announced a global rollout of their new suicide prevention algorithm, which aims to identify users deemed at risk of suicide and refer them to resources. Many people in the mental health and disability communities are concerned about the potentially coercive implications of the new tool.

“Some have expressed fear that Facebook Community Operations team members could request that police check up on them over a post’s content. Claire Kooyman, a 34-year-old Boulder, Colorado resident, told the Daily Dot that she’s previously used her Facebook page as a way to reach out to friends when she’s struggling with her depression and anxiety. She’s found it to be a way to get positive reinforcement from others who experience the same symptoms, but worries about what she’ll share next, and if it’ll get flagged by Facebook’s new system.

Kooyman also expressed concern for flagged users who are then picked up on a mental health hold—an involuntary detention of someone who hasn’t committed a crime but is considered a danger to themselves or others. In some states, if psychiatric facilities are unavailable, then patients can be held in jail.” 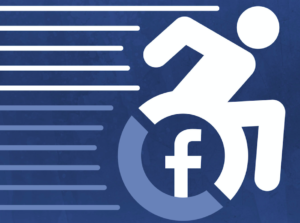