From The New York Times: A new documentary film entitled “32 Pills: My Sister’s Suicide” tells the story of one woman’s efforts to recover from losing her sister to suicide.

“What I am really hoping is that people who see the film feel like it’s for other people like me. It’s for people who were left behind and who were so alone that when they walk down the street they feel like a Martian and nobody can understand what they are feeling. I hope they feel less alone by seeing someone else who has experienced the same thing. I hope that people who love people who have lost someone to suicide will understand there’s no time limit to the pain. Just be patient with the person that is still in mourning. All you can really do is listen and be there. Don’t try to pretend it didn’t happen. Don’t not talk about it. It’s the not talking about it that keeps us all isolated and sad. If people go home or go out to dinner and talk about the film, that to me is an incredible success.” 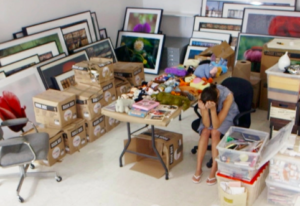