From Atlas Obscura: In the 1930s, hundreds of people with mental disabilities committed to the now abandoned DeJarnette Sanitarium were forcibly sterilized and experimented on by the hospital’s eugenicist namesake.

“Though Dr. DeJarnette’s sterilization practices were heinous, they weren’t the worst of his work. He used the inmates in his asylum as guinea pigs in various experiments. These included blood transfusions between patients on opposite ends of the psychiatric spectrum, such as taking blood from a hyperactive patient and injecting it into a depressed one. He also used extreme x-ray exposure as a method of sterilization, which almost certainly would have left its patients with adverse side effects.” 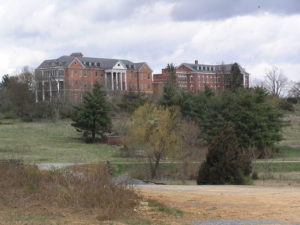