From Undark Magazine: Bayer, the German pharmaceutical and agricultural science conglomerate, has launched a digital magazine covering the ethical and social implications of new biotechnologies. The publication raises important questions about the ethics of journalism and the media.

“Editorial independence is a slippery concept, and it refers to more than specific decisions over specific pieces of content. ‘The only people who have editorial independence are the people who have the money,’ wrote Paul Raeburn, a longtime science journalist and media critic (and a onetime Undark columnist), in an email message. ‘Any editor — whether employed by a pharmaceutical company, a newspaper, or a news website — is subject to dismissal or demotion. That can severely limit editorial independence. And editors are dismissed for all kinds of reasons all the time…They serve at the desire of their publishers.’

That dynamic poses challenges for traditional publications, too — just witness the conversations around Jeff Bezos’ purchase of The Washington Post — but it points to distinctive pitfalls in a case like LeapsMag, in which a company funds a magazine that reports on issues directly relevant to that company’s bottom line.

Among those pitfalls: If the magazine’s content is too critical of emerging technologies, will Bayer simply cut off funding? And can LeapsMag actually report on Bayer, one of the world’s largest players in the biotech field?” 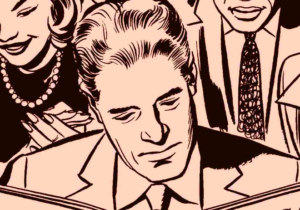