From CBS Denver: A new study suggests that people who hear voices may have an increased ability to decode complex sound waves.

“The scientists studied a group of 17 people with no history of hearing voices and a group of 12 individuals who had heard voices but had no other health issues. The study, published in the journal Brain, subjected each of the volunteers to hidden speech sounds, called sine-wave speech. To the untrained ear, the sound waves would seem like strange noises or a birdsong but they actually contained a simple sentence underneath the noise.

While less than half of the non-voice-hearing group reported hearing the sentence, 75 percent of the people hearing voices picked up the message during the test.” 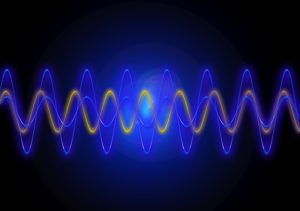