March 16th: A group of eminent doctors and psychiatrists write to the President of the Royal Australian and New Zealand College of Psychiatrists (RANZCP) in response to a press release issued by the Royal College.

Reply to the College

We refer to the press release issued by the RANZCP on March 6th 2018, relating to recent press reports in New Zealand regarding the risks of antidepressants. The College has stated that questioning the efficacy of psychiatric medication is “stigmatising” of people who have been prescribed them, and that drugs are only ever prescribed “…in partnership with the patient and after due consideration of the risks and benefits.”

We believe there are difficulties with this view and that a more nuanced statement by the College would have been more helpful. The profession of psychiatry has an overarching duty to keep the community informed. The community is entitled to know that there is a large body of evidence that raises complex issues regarding the efficacy and the safety of psychotropic medications. The College statement appears to caution against open discussion of these issues, in part to avoid stigmatising those with mental health problems.

We are not aware of any evidence that informing the public would be stigmatising. We have not always been right about stigma. It was once held that the concept of mental illness as brain disorder was less stigmatising. In fact the reverse has been shown to be true: the brain disorder approach increases rather than decreases stigma.

History reminds us that many psychiatry treatments were eventually shown to be damaging to patients. Those of us who trained forty or even fifty years ago were taught that insulin therapy, drug induced abreactions, aversion therapy for homosexuality and frontal leucotomy were valid treatments. Many of us had experience administering these ‘treatments’. At the same time, we were taught that incest was rare, that children’s reports of sexual experiences were based in fantasy and that people hearing voices had incurable brain disorder and were best treated in long stay hospitals. These issues were eventually resolved, often as much by the efforts of advocates and activists as the profession. There is just such a grass roots movement afoot right now, with questions about our prescribing habits. We would do well to listen rather than to maintain silence in the guise of protection.

Our history of psychopharmacology is similarly checkered. Barbiturates were freely prescribed until the 1960’s when recognition of problems of dependence and lethality in overdose led to their demise. In their place the newer benzodiazepines were promoted, initially thought to be safe, effective and non-addictive. It was another decade before the benzodiazepines were identified as not safe, not efficacious in long term use and highly addictive.

Antipsychotics have gone through similar stages. The phenothiazines and other first generation antipsychotics promised to bring an end to long stay and involuntary mental hospitals but slowly their dangerous side effects were identified. They have been replaced by second generation antipsychotics, which have become so popular that ‘off label’ prescribing is widespread. Meanwhile, evidence grows of metabolic and other serious side effects, and that they are not necessarily an advance on the older drugs, despite their much greater financial cost.

Similarly, the SSRI antidepressants are increasingly prescribed for problems other than major depression or severe anxiety disorders, possibly without the public being fully informed of the risks. In this regard, a similar issue has arisen in the UK in recent days. A group of eminent psychiatrists and researchers has challenged a statement from the Royal College of Psychiatrists (RCP) that for the majority of patients who discontinue antidepressants, any ‘unpleasant symptoms’ resolve within two weeks. The protestors provide evidence that this is not the case and suggest that the view of the RCP is ‘misleading the public on a matter of public safety’.

It is clear that history is on the side of cautious scepticism. We believe that rather than seeking to shut down debate, a better course of action would be for the RANZCP to facilitate a discussion on the drugs its members prescribe. Perhaps an independent committee might be appointed to undertake a review of the extensive information that is available regarding psychotropic medications.

The community is entitled to be informed of both the benefits and harms involved in taking psychotropic medications. We are not the only doctors whose treatments have the potential for both harms and benefits. Let us not be the only doctors who fail to seek the best possible information to guide us and our patients.

Professor Louise Newman, AM Department of Psychiatry, University of Melbourne

More on this developing story:

Whose Interests Does the Royal College of Psychiatrists Really Serve?

Formal Complaint to the UK Royal College of Psychiatrists 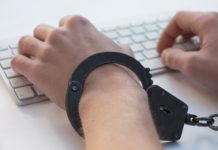 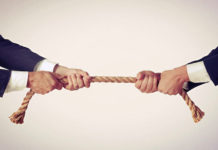 The War on Antidepressants: Why We Need to End it for Public Benefit