The Society for Humanistic Psychology has released a statement by psychology faculty and students from the University of Massachusetts-Boston in opposition to the notion that teachers should be armed to prevent school shootings.

“While arming teachers may be perceived as a method to save lives, it has the potential to further traumatize minority and low socioeconomic status (SES) communities that already experience traumas throughout the inequitable educational system, specifically in regard to school discipline practices. In the United States, nondominant youth from historically marginalized communities face enormous disparities in educational outcomes and opportunities (Anyon, 2005; Darling-Hammond, 2010; Gamoran, 2010; U.S. Department of Education, 2016). African-American males are suspended two to three times more frequently than other students (Brooks et al., 1999). Black girls are more likely to face punitive discipline and zero-tolerance policies in school than any other group of girls and, in some cases, more than their male counterparts (Blake et al., 2011; Crenshaw et al., 2015). Black boys and girls are more likely to be disciplined for more subjective offenses such as disobedience, disruptive behavior, fighting and bullying/harassment (Morris & Perry, 2017).” 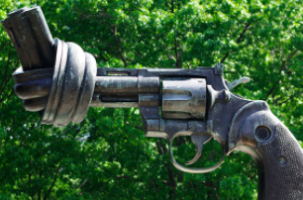