From Pacific Standard: Young children are increasingly being prescribed psychiatric drugs. However, there is very little research on the safety and efficacy of psychotropic drugs in this population.

“Widely reported data collected in 2014 from IMS Health show that more than eight million children are prescribed drugs for anxiety, depression, attention-deficit/hyperactivity disorder (ADHD), and bipolar and behavioral disorders. More than one million of them are younger than five.

But rigorous studies of these drugs in young children is ‘incredibly poor,’ says Mary Margaret Gleason, a pediatric psychiatrist at Tulane University. ‘We don’t know much, especially with preschoolers,’ she says. ‘The older kids get, their brains have already developed, and we have more information.'” 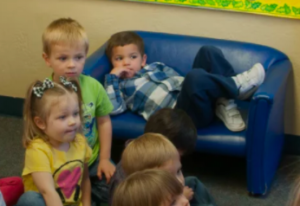 We Have Turned Childhood Into a Mental Disorder

The Drugging of Migrant Children: A Symptom of a Systemic Issue