In this piece for CounterPunch, Roy Eidelson explains the psychology of the persuasion and manipulation tactics utilized by the rich and powerful to maintain the oppressive status quo.

“Given their power and pervasiveness, then, it’s really not surprising that our concerns about vulnerability, injustice, distrust, superiority and helplessness are prized targets for manipulation. That’s why they figure so prominently in the propaganda campaigns of one-percenters who aim to discourage resistance to their narrow, self-aggrandizing agenda. Consider several examples. The 1% feed our vulnerability fears by pushing alarmist accounts of perils in our midst (the ‘It’s a Dangerous World’ mind game). They twist our sense of injustice by insisting that they’re the ones who are actually being mistreated (‘We’re the Victims’). They promote distrust and disorganization within the ranks of their opponents by pitting potential allies against each other (‘They’re Different from Us’). They exploit notions of superiority by portraying the United States as a land of limitless opportunity where the cream always rises to the top (‘They’re Losers’). And they encourage feelings of helplessness by arguing that today’s stark inequalities are the result of powerful forces beyond anyone’s control (‘Change Is Impossible’).” 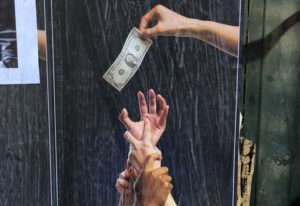