From The New York Times: Although the official diagnosis of Asperger’s disorder has recently been dropped from the DSM, it is still included in the ICD and remains in common usage. The Nazi origin of the term — the eugenicist Dr. Hans Asperger — is rarely acknowledged.

“Asperger at first warned against classifying children, writing in 1937 that ‘it is impossible to establish a rigid set of criteria for a diagnosis.’ But right after the Nazi annexation of Austria in 1938 — and the purge of his Jewish and liberal associates from the University of Vienna — Asperger introduced his own diagnosis of social detachment: ‘autistic psychopathy.’

As Asperger sought promotion to associate professor, his writings about the diagnosis grew harsher. He stressed the ‘cruelty’ and ‘sadistic traits’ of the children he studied, itemizing their ‘autistic acts of malice.’ He also called autistic psychopaths ‘intelligent automata.’

Some laud Asperger’s language about the ‘special abilities’ of children on the ‘most favorable’ end of his autistic ‘range,’ speculating that he applied his diagnosis to protect them from Nazi eugenics — a kind of psychiatric Schindler’s list. But this was in keeping with the selective benevolence of Nazi psychiatry; Asperger also warned that ‘less favorable cases’ would ‘roam the streets’ as adults, ‘grotesque and dilapidated.'” 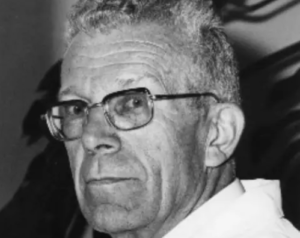