In this piece for Jacobin, John Foot describes the Italian psychiatrist Franco Basaglia’s efforts to revolutionize the mental health system in Italy. Basaglia sparked a social movement that led to the closing of Italy’s asylums.

“Basaglia’s revolution began at an asylum in Gorizia, northeastern Italy. Like many others at the time, it was structured around the architecture and paraphernalia of containment. There were cages for unruly patients, straitjackets, portable electroshock machines, and storerooms for personal belongings that were often never collected. But Basaglia created a movement that broke down these walls of repression, in his workplace and beyond.

Introducing a radical democracy in the asylum, Basaglia allowed psychiatric patients to speak for themselves, in the heart of one of the most antidemocratic institutions imaginable. This cultural revolution was a precursor for ’68. People came from around the world to see the patient assemblies. But Basaglia did not want to create what he called a ‘golden cage,’ prettifying the hospital. Rather, he aimed to destroy the whole psychiatric hospital system.

This struggle also had a wider cultural significance. Gorizia’s radical psychiatry movement fed and fed off movements in Italy and around the world. Italy’s institutions were in dire need of reform, from the schools, to the army, the Church, prisons, and the universities. Inspired by Basaglia’s example, doctors, soldiers, prisoners, priests, lecturers, and students all began to ‘overturn’ their own institutions and call for real change.” 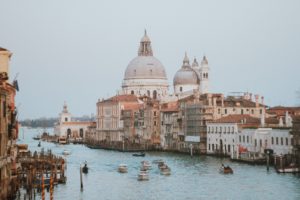