From AlterNet: “Giving corporations powerful and manipulative technology tools to intrude even more deeply into the personal lives of consumers and employees and then analyze that data for financial gain is a dangerous combination and a blueprint for dystopia. As was the case with the Internet, I believe that AI will end up providing some important benefits if and when used ethically and thoughtfully. But it also has the potential to do a lot of harm. Witness, for example, the ‘psychopathic AI‘ being developed by MIT students.

My sense as a futurist, however, is that there’s also some good news here: Internet users are becoming wiser and more guarded about the unintended consequences of technologies that lure us in but then exact a steep price. The first wave of a user revolt came in the vigorous pushback that monopoly-provider Facebook received after its egregious privacy transgressions were revealed. I believe that over time, and as they come to better understand the implications, people will begin to reject AI applications and programs that are offensive, exploitative, and dehumanizing. In this sense, corporatized AI will eventually fail as some kind of utopian platform for the common good, just as the Internet in many cases has become a tool for subtly institutionalizing social and economic advantage.” 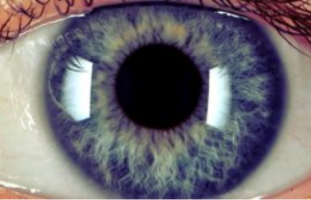