From Undark: “Of course, there are many ideas — some with passionate followings — that don’t receive much attention in academic journals. These might include flat-earth theory, for example, or the belief in unicorns, or the theory that the federal government stages school shootings. To debate a theory like MacDonald’s is both to legitimize it and to tacitly accept some of its premises — namely, that there’s such a thing as a distinct, subtle ‘Jewish agenda’ or ‘Jewish psychology’ that exists in tension with white European society.

That idea, as Pinker, Tuchman, and others point out, is not radical or new. It’s perhaps the single most influential anti-Semitic concept of the past few centuries.

But that’s the real bind here — one that confronts not just scientists, but journalists and other citizens in an era of rising white nationalism. Are bad ideas permitted to flourish when we simply ignore them? Or is it the debate — the open back-and-forth and public rebuttals — that actually gives them oxygen and legitimacy?” 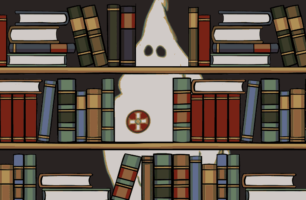